"It's what I expected. I'm not baffled," he told reporters following the prosecution announcement.

Lee also hinted that he would not give up his seat over the indictment and will fight the matter in court.

"I still am a proud member of the Democratic Party. I will do my utmost to not cause any more trouble for the party," he said

Prosecutors decided to drop defamation charges against Lee's wife, Kim Hye-kyung, who was under investigation for allegedly posting slanderous messages online about her husband's political rivals, citing a lack of corroboration. 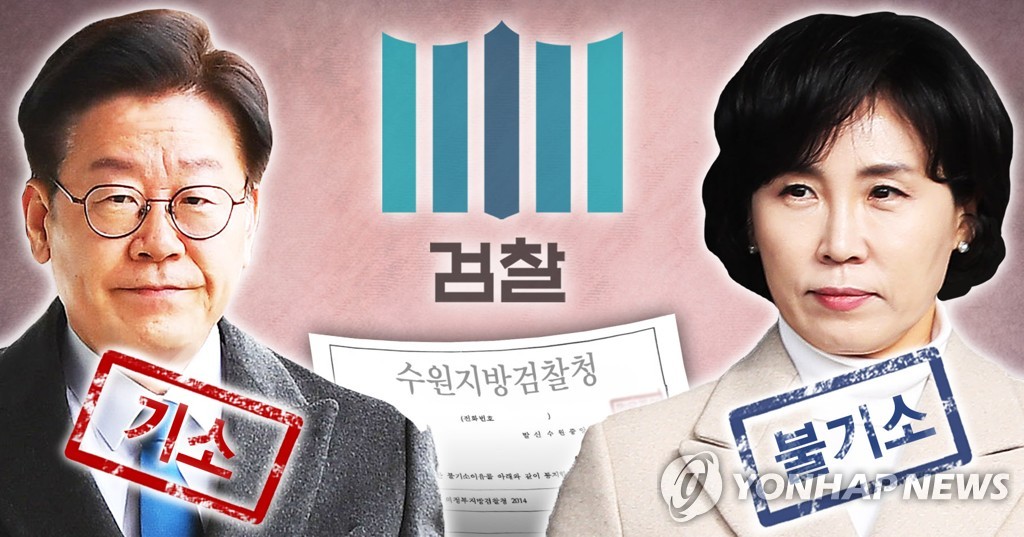