The two sides will touch on issues related to forming a joint organization, tentatively named "One World One Taekwondo Committee," and having joint taekwondo demonstration performances in Europe next year to commemorate the 25th anniversary of taekwondo becoming an Olympic sport.

Such issues were on the agenda at their meeting last month in Pyongyang, where they signed the agreement that pushes for integration of the sport. In the upcoming meeting, WT and ITF will discuss their cooperation in detail.

From the ITF, President Ri Yong-son and Secretary General Kim Sung-hwan of North Korea are expected to attend the meeting.

Like the divided Koreas, taekwondo shares the same roots but is now separated by the WT and ITF styles of taekwondo. The WT, headquartered in Seoul, is currently the official international taekwondo governing body as recognized by the International Olympic Committee (IOC). The ITF has a different set of rules than the WT. 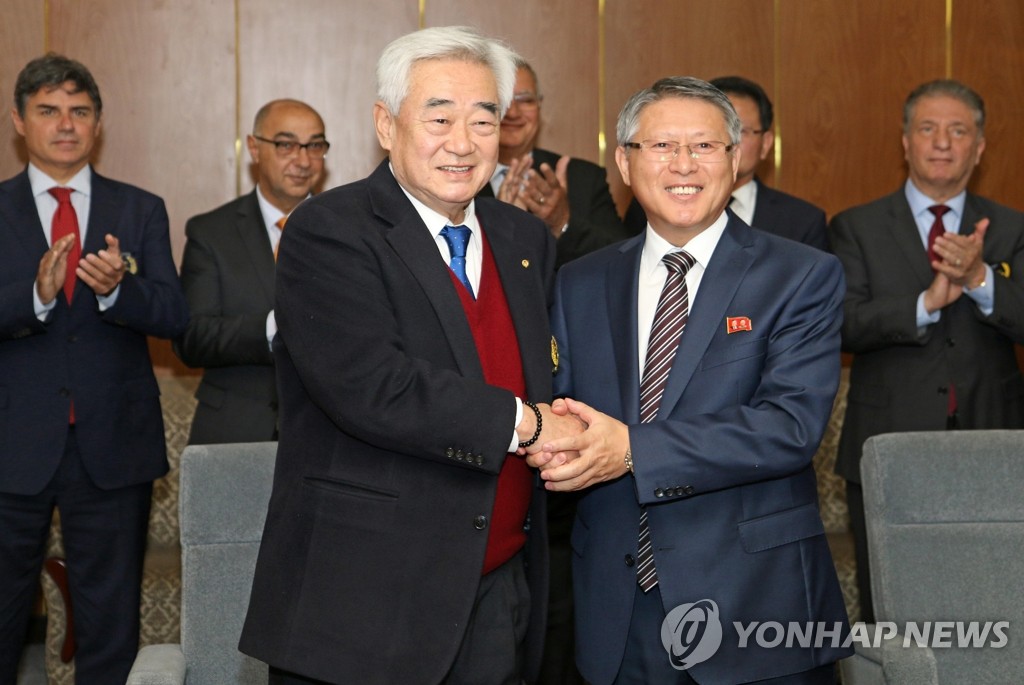 2 taekwondo bodies to hold talks in China to discuss integration

2 taekwondo bodies to hold talks in China to discuss integration