SEOUL, Dec. 11 (Yonhap) -- South Korea and the United States are expected to hold another round of their "working-group" talks to coordinate their policies on North Korea this month, an official at Seoul's foreign ministry said Tuesday.

The allies held a working-level videoconference last Friday after launching the working group on Nov. 20 for "regular, systemic and formal" communication on North Korea policy, amid speculation about a possible split between them on approaches toward Pyongyang.

"We anticipate that another working-group session may occur within this year," the official told reporters on condition of anonymity. He did not elaborate on details about the possible meeting. 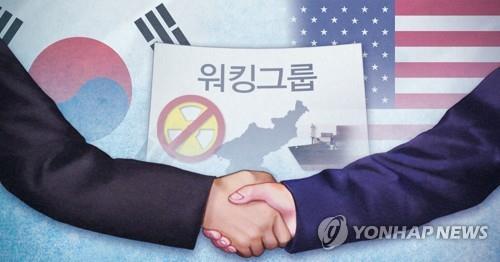 Allies expected to hold another round of 'working-group' talks on N. Korea this month

Allies expected to hold another round of 'working-group' talks on N. Korea this month