Those who know him, however, understand the depth of his art and appreciate the new artistic order and practices he tirelessly pursued throughout his life.

He moved permanently to Paris in 1961, after quitting a teaching job at Seoul's Hongik University, the main reason why he never built a large profile in his motherland. In France, he rarely showed his works in public until he died in 2016 at age 102. 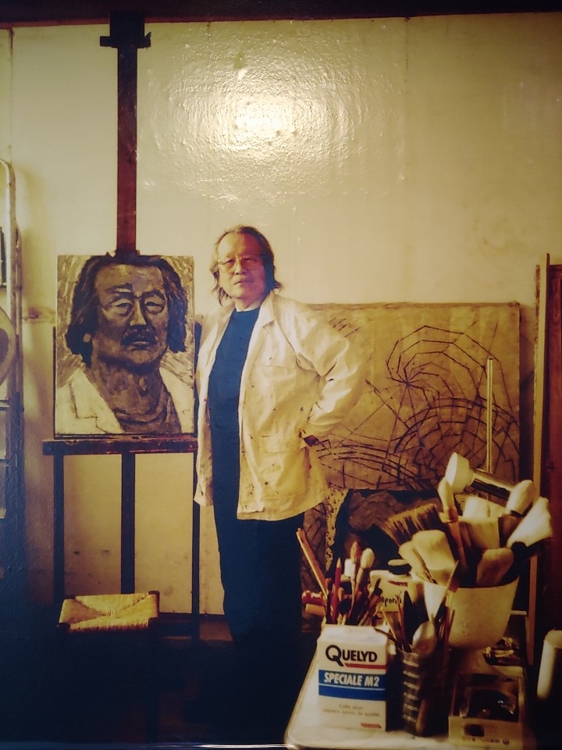 Now, the Seoul Museum of Art (SeMA) has organized "Han Mook _For Another Poetry-Order," which is his first posthumous -- and his largest-ever -- exhibition, with some 130 pieces of his paintings, drawings and videos, to observe Han's oeuvre that spans more than half a century.

The exhibition is set up in chronological order, from his Seoul period to the Paris period when he mastered his unique geometric abstraction.

At a press conference at the museum on Tuesday, his widow, Lee Chung-seok, remembered him as being "always very hard on himself" and a perfectionist who "had to do everything on his own."

In France, where she still lives, the artist was "always a foreigner," and the couple "lived a humble life, like students" as her husband wasn't at all interested in selling his artworks, instead choosing to devote all his energy to his work. 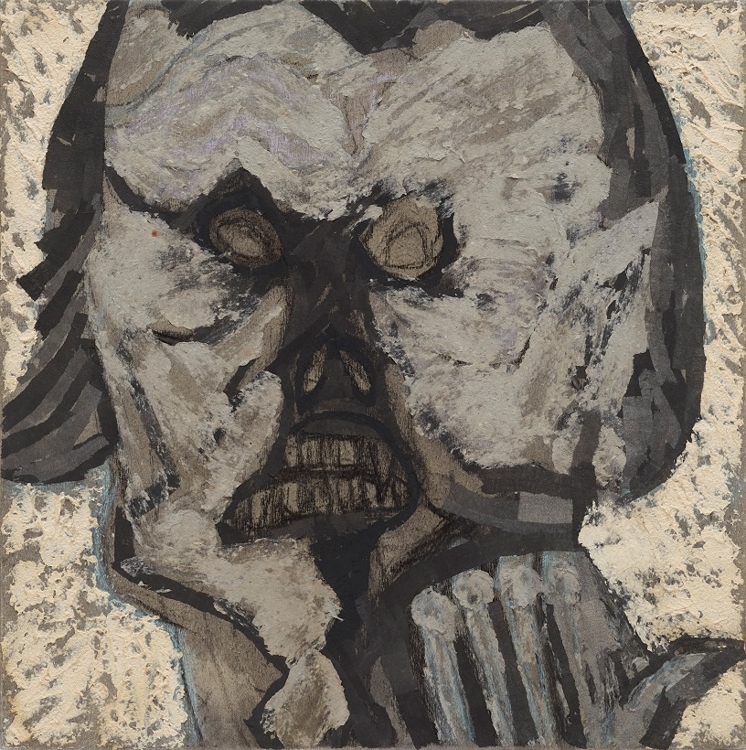 Han studied art in Manchuria and Japan in his late teens and 20s, and most of his paintings from that period were lost during the 1950-1953 Korean War. The exhibition shows his works made from 1953 and some 60 pieces are being shown to the Korean public for the first time, the museum said.

Since the mid-1950s, he slowly turned his interest to abstract from figurative art. In 1957, he formed a group called Modern Art with other Korean art pioneers, like Yoo Young-kuk, Park Ko-suk and Lee Kyu-sang, and stood in the vanguard of the Korean modern art movement.

The landing of Apollo 11 on the moon in 1969 turned Han's world, as he had known it, upside down, and wielded enormous influence on his art for decades to come.

According to the museum, Han understood that the historic event added a new order to mankind and gave him a mission to work on a new perception of space on canvas. 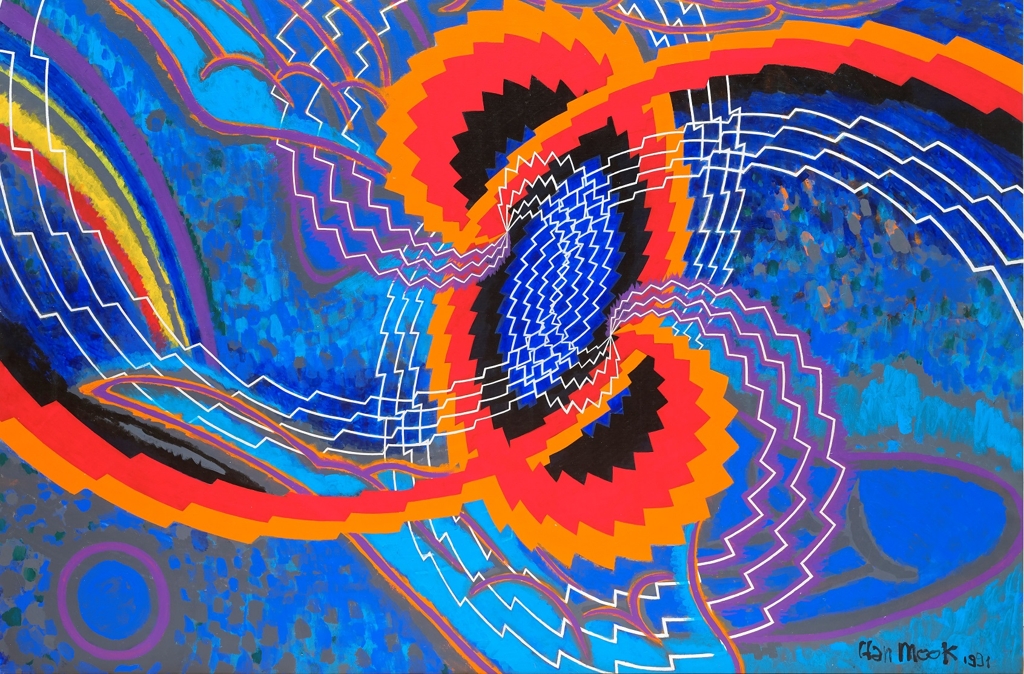 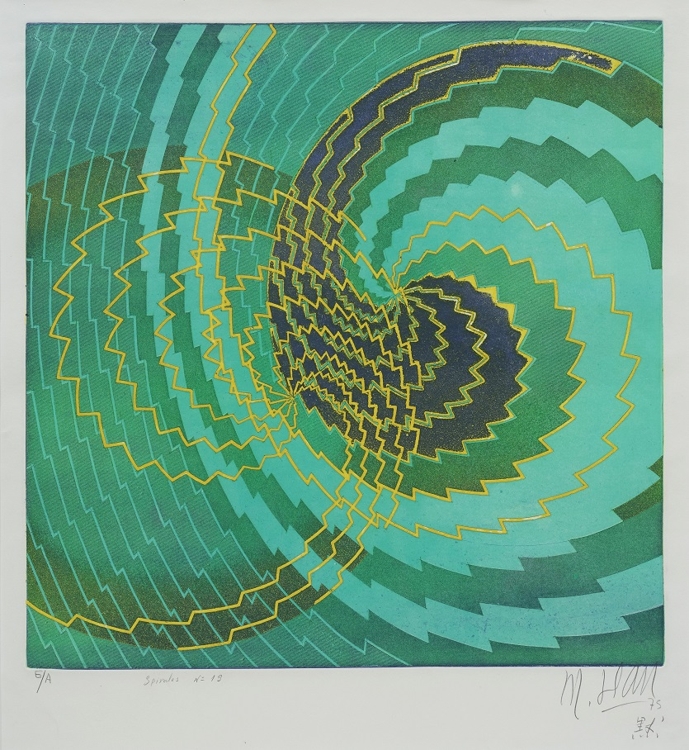 From then on, he expressed -- and developed -- dynamic yet lyrical geometric and futuristic compositions of space, colors, shapes and lines. Under his two-dimensional paintings are his endless quest for the root of life and oriental philosophy, the museum said.

In 2003, Han was chosen as Artist of the Year by the National Museum of Modern and Contemporary Art which ran his large-scale exhibition. In 2012, he published a book of collected paintings for the first time. He was 98 years old.

In the book, he wrote, "Painting means challenging an invisible force."
His final words on his deathbed, his wife said, were "Here I go, with a smile and a brush." 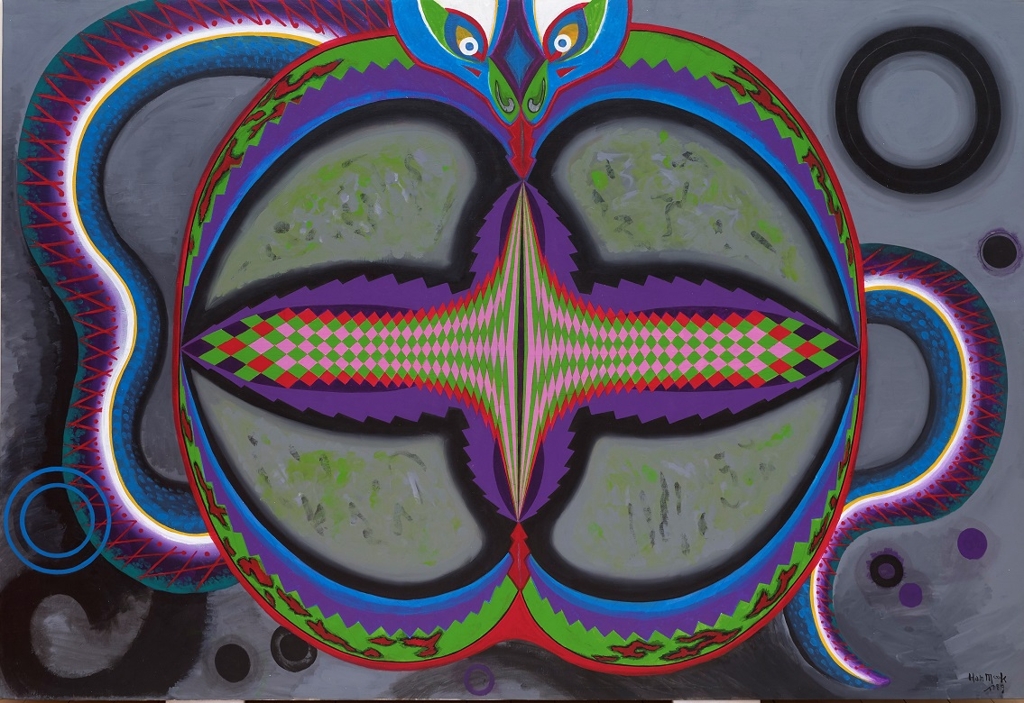 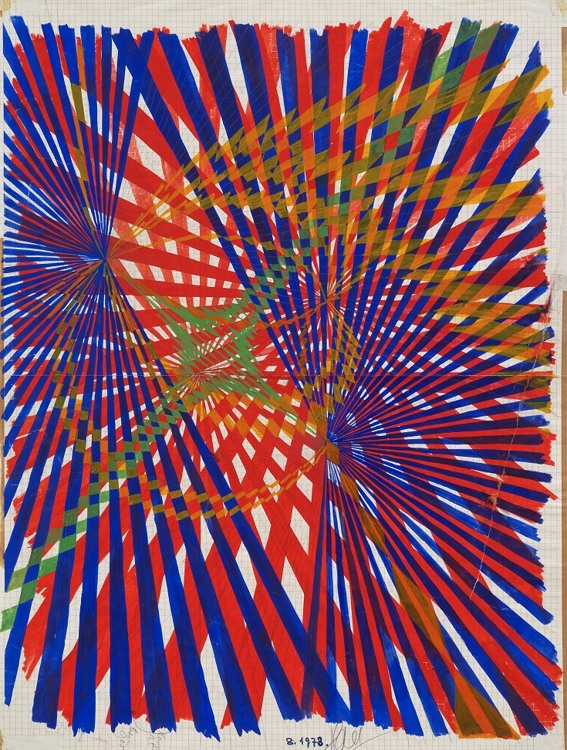