SEOUL, Dec. 11 (Yonhap) -- South Korea and the United States pledged to closely cooperate over the smooth return of a key U.S. military garrison in Seoul and environmental protection issues during their Status of Forces Agreement (SOFA) talks Tuesday.

The allies held their 199th joint committee meeting over a range of issues related to the SOFA, which governs the legal status of some 28,500 American troops in South Korea, at Pyeongtaek City Hall. The city, some 70 kilometers south of Seoul, is home to Camp Humphreys, a sprawling U.S. base for the relocation project.

"The two representatives pledged to further cooperate on setting conditions for a successful transition, so as to maintain a stable stationing environment for USFK and enhance public safety and welfare," the allies said in a joint press release.

The U.S. representative reaffirmed that the USFK takes environmental protection "very seriously" and continues to operate "responsibly" in accordance with high standards and discipline.

"The joint committee mutually recognized that environmental protection on and in the vicinity of USFK bases is of mutual interest to both Korean communities and USFK," the joint press release reads.

"The two sides reaffirmed the need for faithful implementation of the Joint Environmental Assessment Procedure regarding the to-be-returned bases and pledged to continue constructive discussions on the environmental issues to this end."

In light of the USFK's "Pyeongtaek era," the two sides pledged to enhance joint efforts to further mature "positive, effective and harmonious" ties between the USFK and local communities through such measures as reinvigorating activities of the civil-military relations subcommittee of the joint committee.

"The channels will also coordinate closely on prevention and response measures to challenges or incidents that may adversely affect civil-military relations with adjacent local communities" it said.

"Both sides committed to maintaining timely and close communication and cooperation, in order to minimize inconveniences that may arise from USFK's relocation to Pyeongtaek," it added.

The 200th joint committee meeting is likely to occur next year. 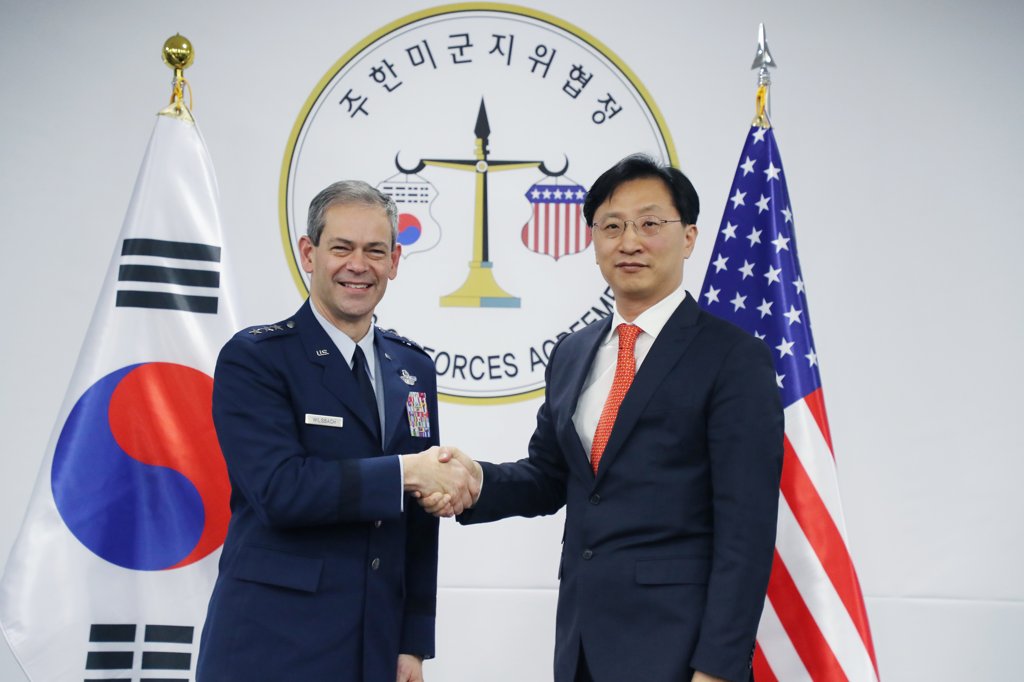 At SOFA talks, allies pledge to cooperate on smooth base return, environmental protection

At SOFA talks, allies pledge to cooperate on smooth base return, environmental protection