SEOUL, Dec. 12 (Yonhap) -- DAY6, a five-piece K-pop rock band, is something of a rarity at the forefront of K-pop, where dance music and mesmerizing performances take center stage.

Since their debut in late 2015, DAY6 has come to stand as the only active rock band with JYP Entertainment, as well as arguably the only one in the key K-pop scene set by the top three entertainment firms also including SM and YG Entertainment.

Further expanding their unique presence, the quintet released their fourth extended play this week, "Remember Us: Youth Part 2", an eight-track album led by the main track "Days Gone By."

"It comes as a great meaning to us that our (rock) band debuted with an agency like JYP," the band's keyboardist Wonpil said in an interview with Yonhap News Agency and other news outlets on Tuesday.

Park Jin-young, the chief of JYP and himself an iconic musician, is very supportive of the five members' music production, giving his own feedback on every piece of DAY6's music and allotting an exclusive practice and record room to DAY6.

"We have pride in our band as the only (rock) band who is active till today with JYP," the band's guitarist Sungjin said. "In that sense, we are unrivaled by any." 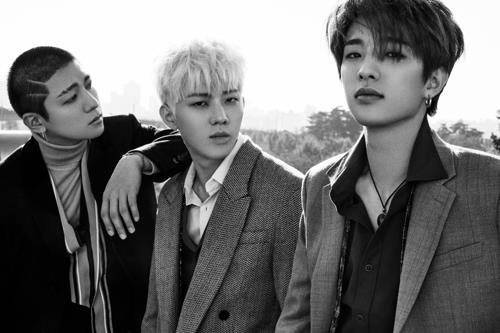 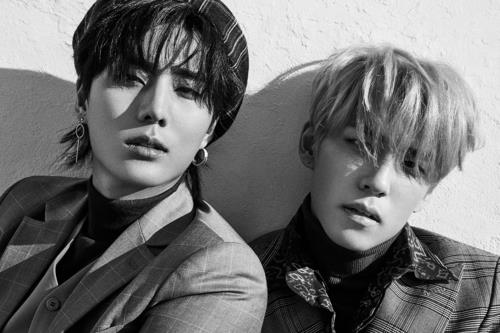 Since the latest album's release on Monday, its main track "Days Gone By" briefly topped a singles chart of the online music store Bugs.

The latest EP is DAY6's second album release with the theme of "youth," following their previous EP "Shoot Me: Youth Part 1," released in June. The latest album drew special inspiration from the music videos of such famous pop stars as Norwegian band A-ha and Michael Jackson from the pop genre's golden era of the 1980s.

"We went through a lot of pop songs from the 1970s and 1980s as we worked for the latest album. There were quite a number of pop icons from the period, and their synthpop especially caught our eyes," the band's main guitarist and rapper Jae said, recalling how the experiences led to the creation of "Days Gone By."

"The bright and refreshing feelings of synthpop corresponded to the images of youthfulness we wanted to put together," bassist Young K noted.

"For me, youth represents tirelessly facing challenges and seeking dynamism ... and the experiences of going onstage come to me as special things that define my youth," team leader Sungjin said, noting that the members are in their early 20s.

The main track was composed jointly by all the members except drummer Dowoon, with its lyrics written by Young K. It is a reminiscent song depicting post-breakup sentiments.

Including the main track, the album has a total of eight tracks, including "Headache," "Beautiful Feeling" and "Marathon."

Having just returned from the band's first world concert tour titled DAY6 1st World Tour Youth, the members are still excited by the thrill and sensation they had from the trip.

"We are not too much focused on chart rankings, but we are really amazed and impressed by the good reaction from abroad," Sungjin said, recalling the concert tour. "Fans sang along even if our songs were all Korean. They were singing our songs even before our show started. I was totally surprised."

"We may try harder yet to cement our position in terms of popularity. But we would have not been able to come this far if we did not have our fans," Wonpil said. "DAY6 will continue to pursue our own music. And I hope that more people would take an interest and listen to our music." 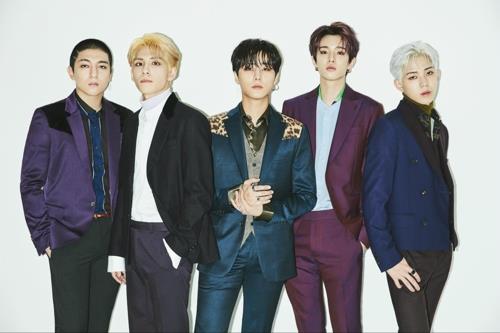