Bento called up 23 players in the southeastern port city of Ulsan to train for the 2019 Asian Football Confederation (AFC) Asian Cup, which is scheduled to kick off in the United Arab Emirates (UAE) on Jan. 5.

Bento's roster for the Ulsan training camp doesn't feature Europe or Middle East-based players due to their club schedules. But the 23-man roster has three players from Japanese clubs and two players from the Chinese Super League.

"Nothing has been confirmed (for the Asian Cup squad)," Bento told reporters in Ulsan ahead of training. "The door is open to any player. I will confirm the final Asian Cup roster after checking these players through training." 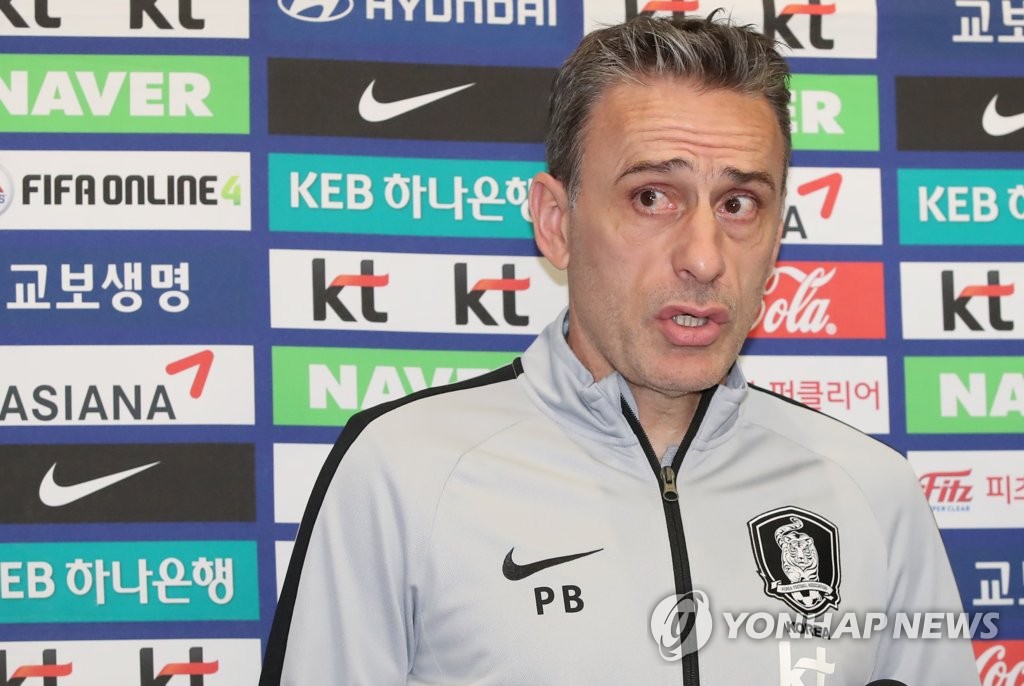 Bento is scheduled to announce his final roster for the Asian Cup on Dec. 20, three days before departing for the UAE. The Ulsan training camp is considered to be the last opportunity for East Asian league-based players to make their case for squad selection.

"My selection will be based on the players' quality and talent," he said. "The players need to show their strong will to compete."

South Korea's squad for the Ulsan training camp includes five players who had never played for the senior team before. There are also players like left back Kim Jin-su, who made his national team comeback for the first time since March.

"There are players that I know well, and there are new faces," he said. "We have players whose season schedule with their respective clubs just ended, so we need to conduct our training carefully considering their physical conditions."

Bento, who has led South Korea to an undefeated record since he took the helm in August, said he is not concerned about Europe-based players joining the national team late or in the middle of the tournament. It has been already confirmed that Tottenham Hotspur star Son Heung-min will be available after South Korea play their first two group stage matches at the Asian Cup.

"Since they've already experienced our national team, I'm sure they know our style of play and tactics," he said. "They're not here, but we'll train as usual, and I will try to make one team with new players this time."