INCHEON, Dec. 11 (Yonhap) -- Fresh off the biggest accomplishment of his burgeoning career, South Korean figure skater Cha Jun-hwan said Tuesday he's not going to push himself too fast too soon.

Cha, 17, returned home from Vancouver, where he captured the bronze medal at the International Skating Union (ISU) Grand Prix of Figure Skating Final last Friday. Cha became the first South Korean man to reach the podium at the prestigious event. 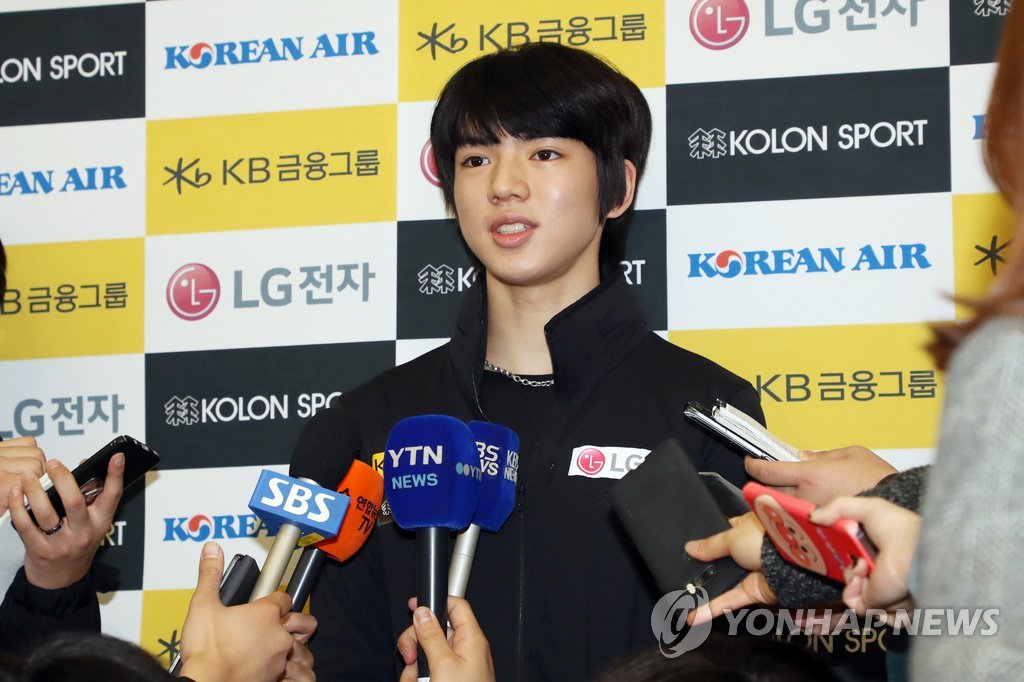 This is Cha's second season on the senior circuit. He made his Olympic debut during his first season, finishing 15th at the PyeongChang Winter Games on home ice in February. This season, Cha has not missed the podium in five appearances, with two runner-up finishes at two ISU Challenger Series events, two bronze medals at his two ISU Grand Prix appearances, plus another bronze at the Grand Prix Final.

"I was nervous before the Grand Prix Final, but I was able to stay composed during the competition and execute everything I'd practiced," Cha told reporters at Incheon International Airport. "My goal for the rest of this season is to stay healthy and skate with confidence. I won't ask myself any more than that."

Cha said skating at PyeongChang 2018 was a major learning experience, and he's been able to take a big step forward this season thanks to that foundation.

"After competing at such a big event, I started creating my own routine and taking better care of myself," he said. "And I also learned how to control my nerves at competitions."

Cha is now considered South Korea's best hope for an Olympic figure skating medal since Kim Yu-na, the 2010 gold medalist and 2014 silver medalist who's now retired. Cha should be hitting his prime by the time the next Winter Games roll around in Beijing in 2022.

But Cha refused to look that far down the road, saying he wants to move along at his own pace.

"If I try to improve my techniques too soon, I may get hurt and take a few steps back, rather than improve," Cha said. "I think it'd be better if I just stay the course and work at my own speed. I think it's more important to focus on the present than to start thinking about Beijing. I'd like to become an athlete who gets better every year." 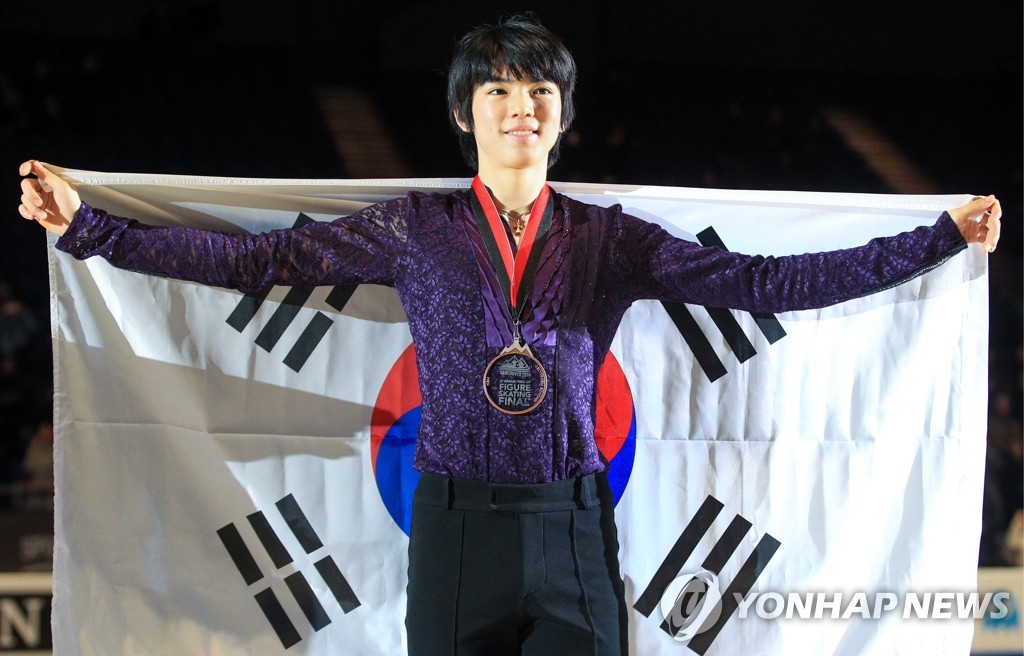 Improving teen figure skater determined to move at own pace

Improving teen figure skater determined to move at own pace