Kim is one of the 23 players who will enter the national team's training camp in Ulsan, where the Taeguk Warriors will fine-tune their preparations for the 2019 Asian Football Confederation (AFC) Asian Cup. The continental tournament kicks off in the United Arab Emirates (UAE) on Jan. 5.

For Kim, it will be his first national team action since March and his first work with new head coach Paulo Bento, who took over the helm in August.

"I was happy when I saw my name on the roster," Kim told reporters before training. "And it feels even better after seeing my national teammates. 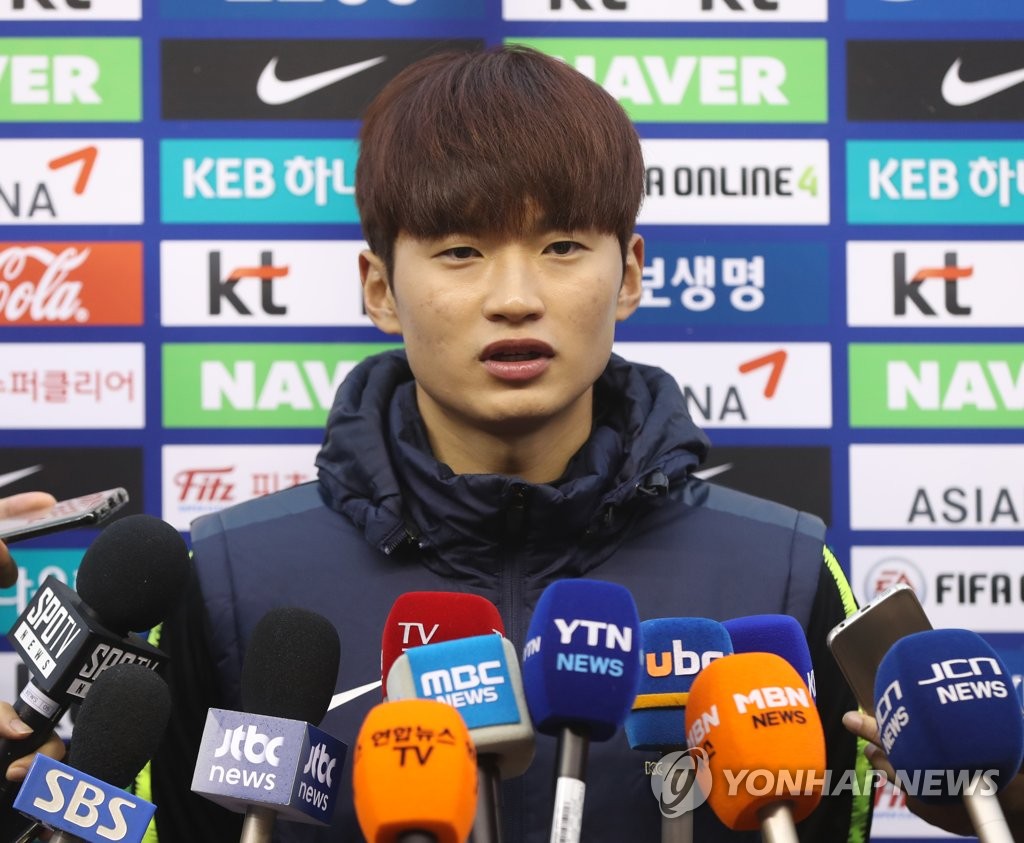 With the national team return, Kim, who has 34 caps, said he is looking to overcome his World Cup misfortune earlier this year.

Kim was considered a lock as the starting left back for South Korea at the 2018 FIFA World Cup in Russia, but his dreams were dashed by a knee injury sustained in a friendly match against Northern Ireland on March 24. Kim's medical checkup later showed that he suffered medial collateral ligament (MCL) damage in his left knee.

It was a big blow for Kim, who also missed the 2014 World Cup in Brazil at the last minute due to an ankle injury.

After going through a long course of rehabilitation, Kim returned to the field in late October and played for his club Jeonbuk Hyundai Motors, the 2018 K League 1 champions.

"I don't want to remember the 2018 World Cup, but I've had painful moments," he said. "Now, I want to test myself and check my capabilities through the Asian Cup. I feel like I'm a student waiting for an exam."

With Europe and Middle East-based players projected to take their share of spots on the national team, the Ulsan training camp will be the last opportunity for Kim and other East Asian league-based players to make their case for the Asian Cup squad selection.

Bento is scheduled to announce his final Asian Cup roster on Dec. 20, three days before departing for the UAE.

"After watching national team matches, I noticed that Bento wants full backs to move forward aggressively," he said. "If I can execute what he wants from me, I think I have my chances."

While Kim was away from the national team, Bento has been using Suwon Samsung Bluewings' Hong Chul and Ulsan Hyundai veteran Park Joo-ho as his team's left backs. Both Hong and Park represented South Korea at the 2018 World Cup.

"I can't say I'm better than they are, because they also worked hard to earn their spots on the national team," Kim said. "But I will push myself as far as I can." 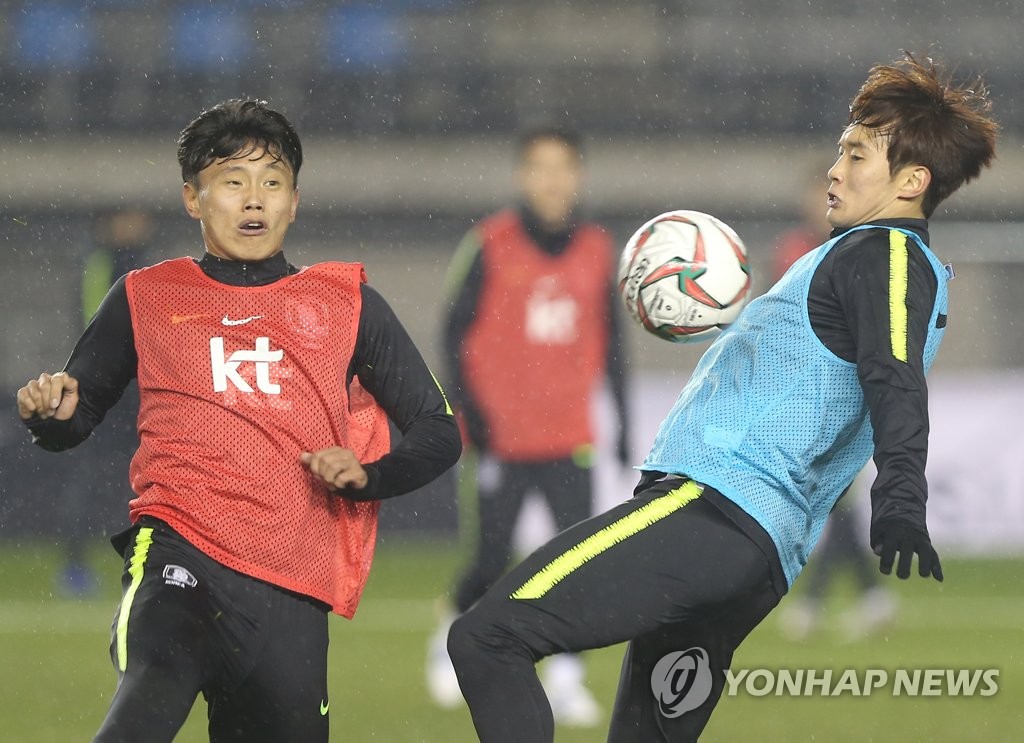 The 26-year-old, who had a stint with German Bundesliga side Hoffenheim, played for a South Korean team that finished as the runners-up at the 2015 Asian Cup. Kim said this time he wants to lift the winners' trophy.

"I was able to make my name at the last Asian Cup, but this time, I want to win the tournament," he said. "But before that, I know I have to make the final roster first."

Back from injury, left back vows to make Asian Cup squad

Back from injury, left back vows to make Asian Cup squad