SEOUL, Dec. 12 (Yonhap) -- South and North Korea carried out a one-day process Wednesday to verify their recent work to withdraw some guard posts (GPs) in the Demilitarized Zone (DMZ), in another show of their will for cross-border reconciliation. 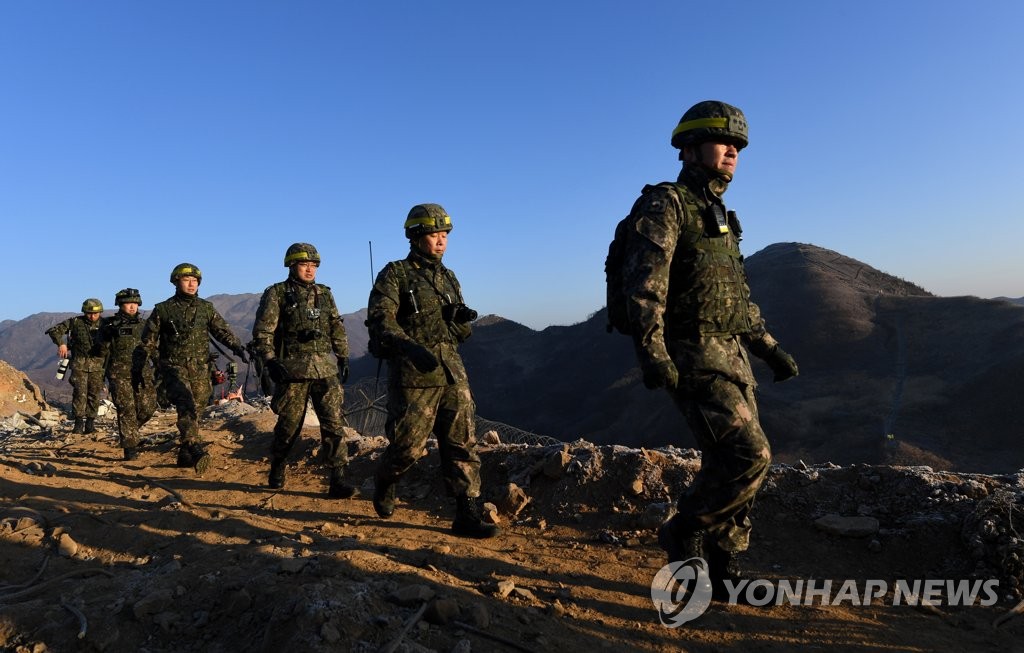 "The two Koreas' troops have made cross-border paths in the DMZ and are moving across the MDL peacefully. ... This is the first such case since the country's division," the ministry said in a press release.