Kwon Jun-wook, a senior official of the Ministry of Health and Welfare, is to meet with his North Korean counterpart, Kim Yun-chol, later in the day, with other ranking officials also attending the talks at the joint liaison office in the North's border town of Kaesong.

The meeting is the follow-up to an agreement between the Koreas last month to cooperate in preventing the spread of infectious diseases and exchange information on such diseases on a trial basis within this year.

During the meeting, the two sides are to share the information on diseases, noticeably influenza amid the winter season, officials here said.

The Koreas are also expected to share data on infectious diseases that could affect both countries next year, the ministry said.

In recent months, Seoul and Pyongyang have been holding a series of meetings on various cooperative projects on railway connections, forestry and other areas, all of which they believe will help ease tensions and build mutual trust. 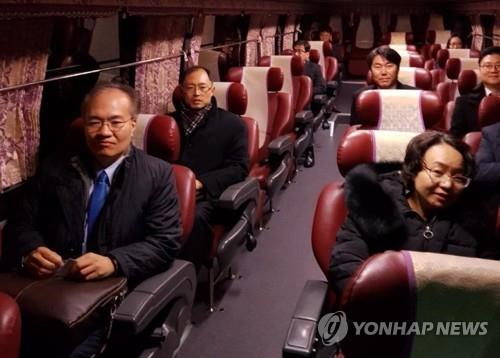