The final installment in the "Love Yourself" album series ranked 84th on Billboard 200 of the most popular 200 albums for the week of Dec. 15, slipping two places from last week's 82nd, according to chart updates.

It was the 15th week in a row that the album had been on the chart after landing atop the competitive list in early September.

On its release in May, the boy band's previous album, "Love Yourself: Tear," also took the No. 1 spot on the Billboard 200 and stayed on the list for 15 weeks in a row.

For the week of Dec. 15, "Answer" topped Billboard's World Albums chart while "Tear" was placed third. Fourth place was claimed by "Love Yourself: Her," the other album in BTS' "Love Yourself" trilogy.

BTS claimed the top spot of the Billboard Social 50 chart for a 74th consecutive week, the longest such run in the chart's history.

The song was released as part of BTS' third EP, "The Most Beautiful Moment In Life, Part 1," and garnered this latest achievement in the early morning of Wednesday, according to Big Hit. 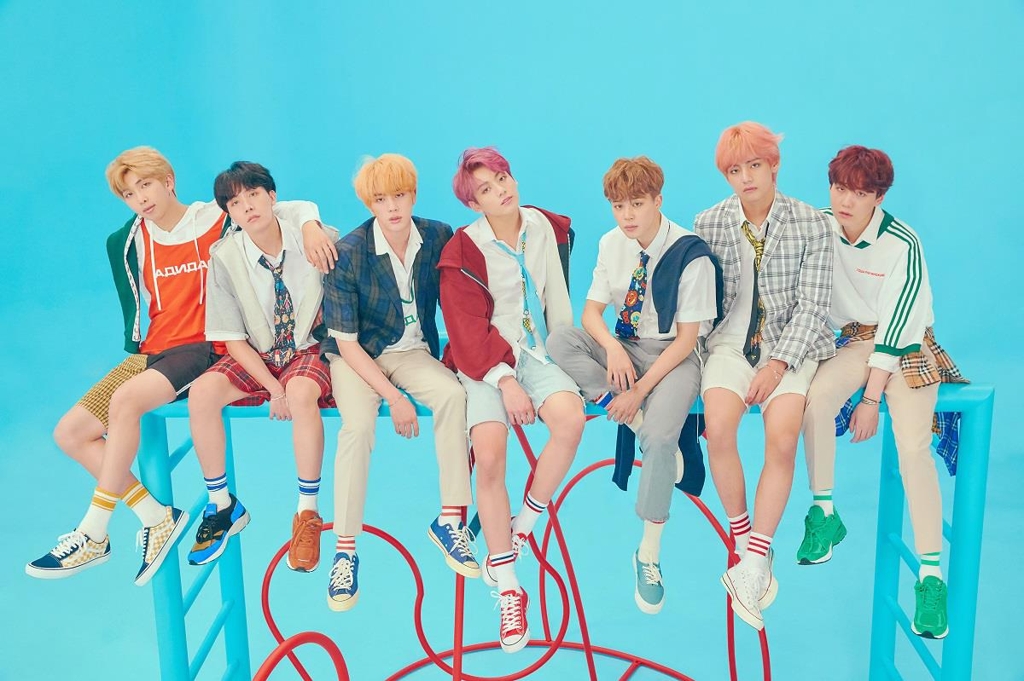