SEOUL, Dec. 12 (Yonhap) -- The presidential office, the government and the ruling party on Wednesday stressed the need to frontload the government's budget next year to create jobs and boost the slowing economy.

Senior officials from Cheong Wa Dae, the government and the ruling Democratic Party (DP) held this year's final consultative meeting to discuss follow-ups to the recent passage of the government's 2019 budget bill.

Last week, the National Assembly approved the government's 469.6 trillion won (US$416.6 billion) budget for next year and the Cabinet on Tuesday endorsed a plan to frontload 281.4 trillion won in the first six months of 2019.

The figure accounts for 70.4 percent of 399.8 trillion won, next year's planned spending based on tax revenue, according to the finance ministry.

"It is hard to expect an optimistic outlook for the economy next year," Prime Minister Lee Nak-yon said.

"The government will do its best to prevent the economic downturn and stabilize people's livelihoods by frontloading 70 percent of the budget. We will focus on boosting the number of jobs," he added.

The meeting came as the South Korean economy is losing steam mainly due to tepid domestic demand. The job market remains sluggish amid hikes in the minimum wage.

President Moon Jae-in sacked their predecessors last month amid discord over how to handle the slowing economy.

"I feel heavy responsibility for taking my job at a time of economic difficulties," Hong said. "We will ramp up efforts to boost economic vitality and improve economic fundamentals." 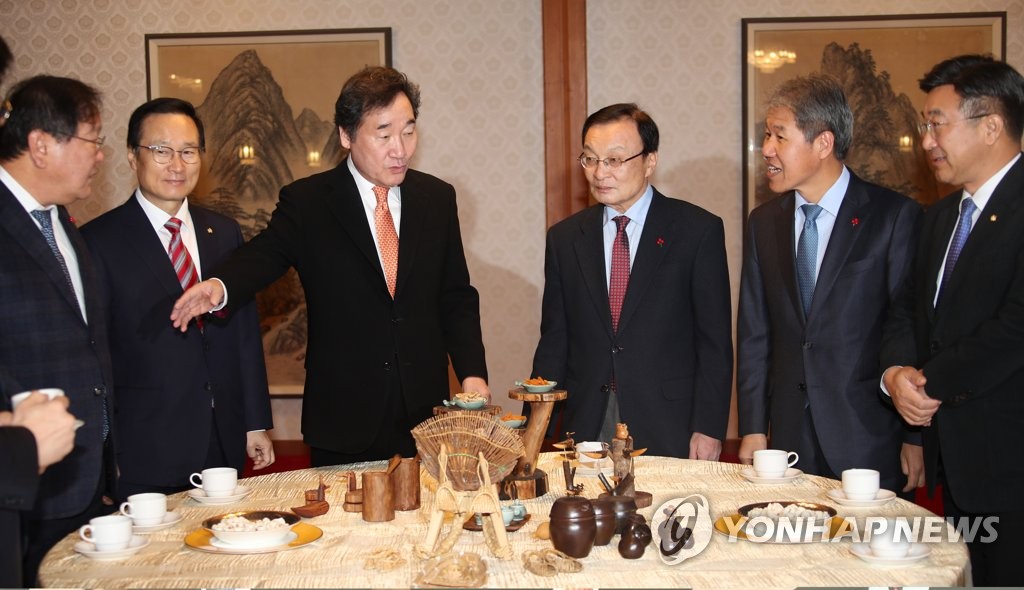