In January, Hyundai Motor promoted Biermann to the post of president in a move to underscore its focus on developing high-end vehicles.

He has been in charge of the development of top-of-the-line vehicles at Hyundai Motor and its affiliate Kia Motors Corp.

Biermann will replace Vice Chairmen Yang Woong-chul and Kwon Moon-sik, who have jointly led the R&D division. Yang and Kwon have been named advisers to the carmaker, the company said in a statement.

It is the first time for Hyundai to name a foreigner to lead its R&D center.

The former BMW performance car developer joined Hyundai in 2015 as part of the company's efforts to improve its performance capabilities of vehicles made by Hyundai and Kia, which together form the world's fifth-biggest carmaker by sales.

The group also has hired ex-BMW designer Peter Schreyer and other foreign experts who worked for the world's leading carmakers as it has been pushing to compete with global premium brands, such as BMW and Mercedes-Benz. 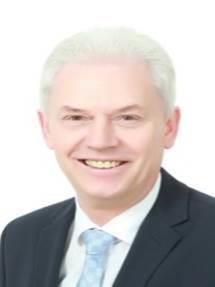