There was speculation that the North's leader might make his first trip to Seoul before the end of this year, with Cheong Wa Dae saying that it plans to prepare for a potential visit, though nothing has been decided.

"We judge that it would be difficult for Chairman Kim to visit Seoul this year," a presidential official said.

In the Pyongyang inter-Korean summit agreement in September, Kim agreed to visit Seoul "at an early date," which President Moon Jae-in said means by the end of this year.

North Korea is known to be cautious about clarifying the timing of Kim's visit, apparently out of concerns over security and amid its stalled denuclearization talks with the United States.

For the North, its December schedule is tight as Dec. 17 is the national anniversary of the death of former leader Kim Jong-il, the father of the incumbent leader. It also spends the month reviewing its yearly accomplishments and preparing for Kim's New Year's speech.

Experts have said that Kim's visit would be decided in tandem with progress of the denuclearization talks.

U.S. President Donald Trump earlier said that he expects a second summit with Kim early next year, but denuclearization talks between Washington and Pyongyang have made little progress.

"We are open to the possibility (of his visit) early next year as well, but we don't know what will happen," Seoul's presidential official said. "For now, (what we can say is that) it would be difficult for Kim to make a trip to Seoul this year." 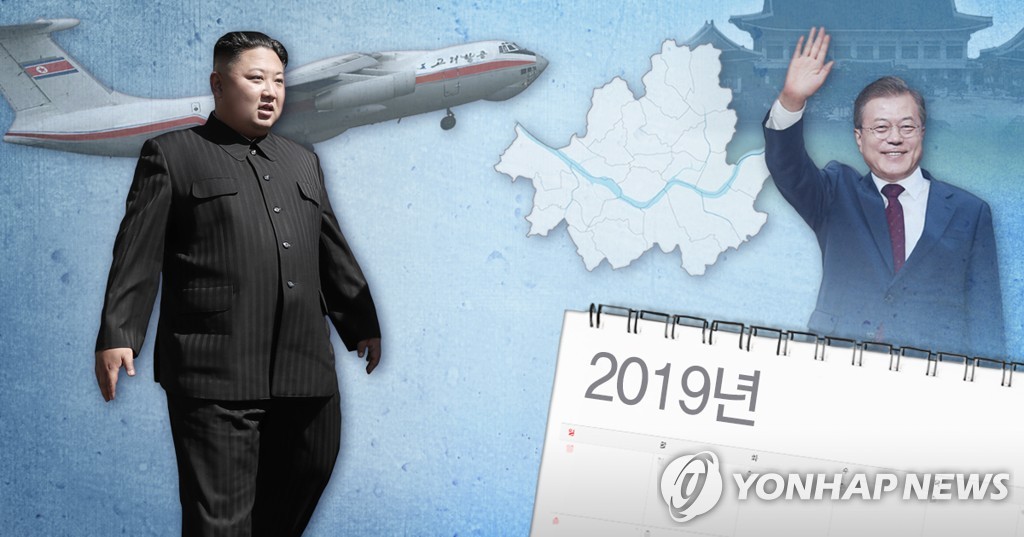