ULSAN, Dec. 12 (Yonhap) -- South Korean striker Hwang Ui-jo said Wednesday he is looking forward to playing in Europe in the future after having a successful season for his club and the national team.

Hwang, who plays for Japanese outfit Gamba Osaka, has been showing red-hot form since the 18th Asian Games in Indonesia, where he was the top scorer of the tournament with nine goals in seven matches and led South Korea's under-23 side to the gold medal. He continued playing at a high level in the J1 League and the international campaign with the senior team.

Hwang helped Gamba escape from the relegation zone and was the third top scorer in the J1 League with 16 goals. With the senior national team, he netted three goals in friendly matches under new head coach Paulo Bento and became the top attacking option for South Korea.

With recent performances, some South Korean football fans have urged Hwang to go to Europe, and the 26-year-old didn't deny that's his goal.

"If you're a football player, it's your dream to play in Europe," Hwang told reporters ahead of national team training in Ulsan. "If I get a good opportunity, I want to take it and play there." 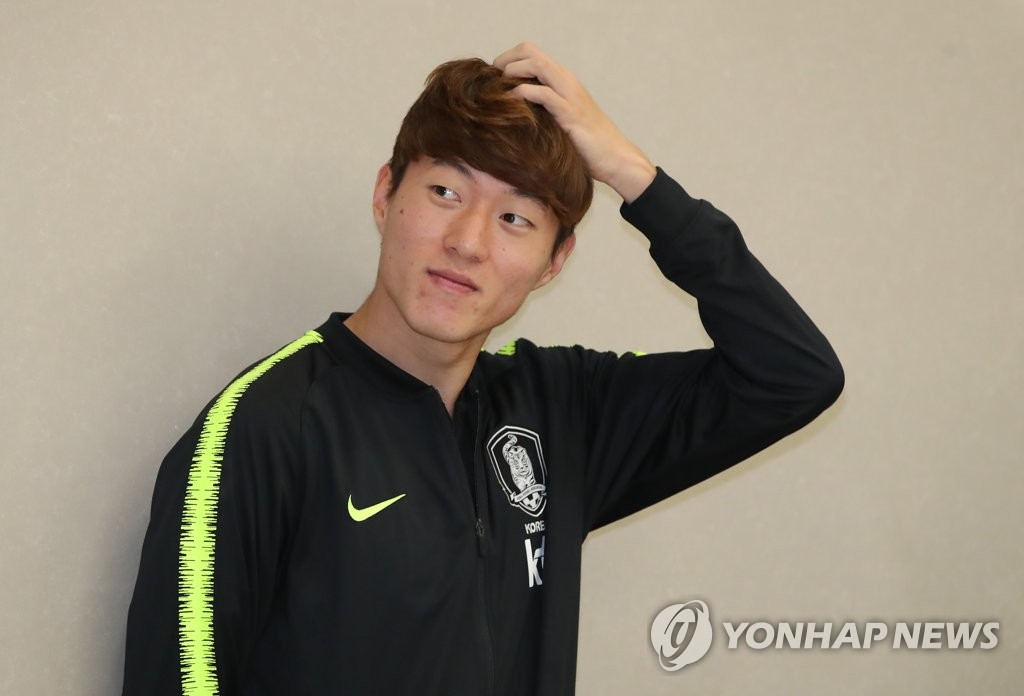 Hwang said a boost in his confidence led to an impressive performance this season.

"I got more confidence and that made me take more shots and play better," he said. "I think I was able to grow up more through the Asian Games. But it's important for me to keep up this good form."

Hwang is one of the 23 players who have been called up in Ulsan for South Korea's training for the 2019 Asian Football Confederation (AFC) Asian Cup in the United Arab Emirates. Although the final roster is not confirmed yet, he is considered a certain pick by Bento for the continental tournament.

"I need to perform better to advance to the higher stage," he said. "I hope the Asian Cup can provide me that opportunity."

Hwang is expected to lead South Korea's attack with Tottenham Hotspur star Son Heung-min at the Asian Cup. At the 18th Asian Games, both players were pivotal for South Korea's gold medal run, with Son more focusing on providing assists.

"I'm closely watching Son's performances in the English Premier League," he said. "He is a player who knows how to score goals, so I'm not concerned. But I also need to figure out how we can create good plays together on the pitch."

South Korea are looking for their first continental title since 1960. The Taeguk Warriors are in Group C with China, Kyrgyzstan and the Philippines at the 2019 Asian Cup. Hwang said he will prepare thoroughly to deliver the country's long-awaited trophy.

"I will prepare with South Korean pride," he said. "I want to play a good game and get good results." 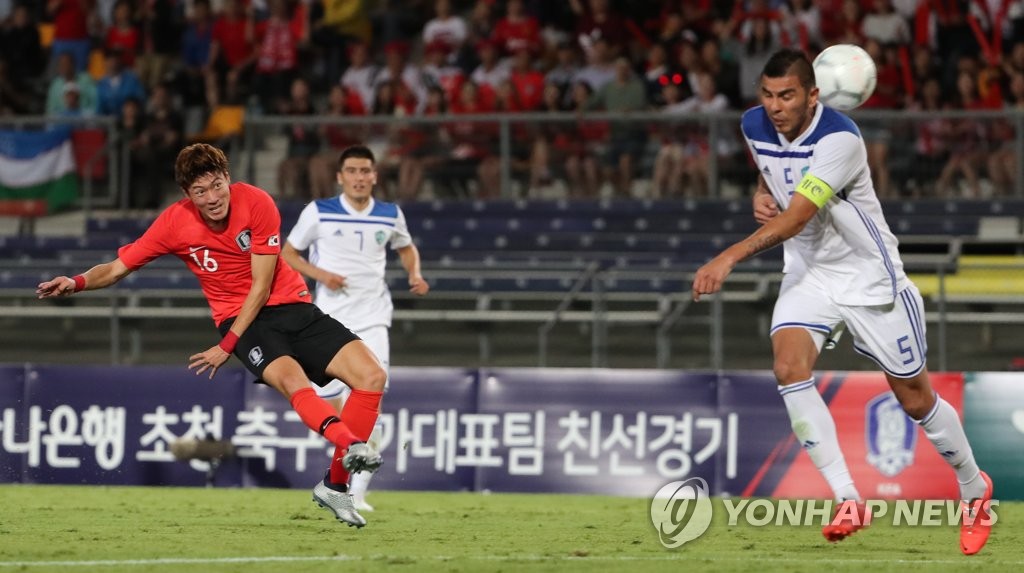