SEOUL, Dec. 12 (Yonhap) -- China's foreign ministry will send a delegation of working-level officials to South Korea this week, resuming a regular exchange program suspended due to a stand-off over the deployment of an advanced U.S. missile defense system here, Seoul's ministry said Wednesday.

The 11-member team is scheduled to begin a five-day stay in South Korea later in the day, according to the Ministry of Foreign Affairs. It's headed by a deputy director general-level official at the Chinese ministry's Eurasian affairs bureau.

They plan to visit the Seoul ministry headquarters and attend a dinner meeting with Foreign Minister Kang Kyung-wha. 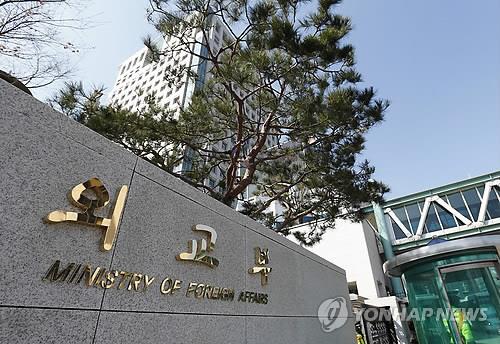 The foreign ministries of the neighboring countries started the exchange of visits by working-level officials in 2011 under a ministerial agreement. But Chinese officials' trips here came to a halt in December 2015 as Seoul-Beijing relations soured over the deployment of the THAAD missile defense system on the peninsula.

"As it comes amid an intensifying trend of the recovery and development of South Korea-China ties, the Chinese foreign ministry delegation's visit to South Korea is expected to help revitalize relations between the two sides and promote friendly sentiment toward each other," the ministry said.