SEOUL, Dec. 12 (Yonhap) -- South Korea's human rights watchdog said Wednesday it will recommend the government join and ratify two key conventions of the International Labor Organization (ILO) on protecting laborers' rights ahead of next year's centennial of the ILO's establishment.

The commission said it is necessary for South Korea to ratify the two conventions so as to raise its status in the international community. The ratification is also needed to ensure people's basic labor rights under the Constitution and address issues of labor-related human rights, it said.

South Korea, which joined the global labor body in 1991, has yet to ratify four of its eight fundamental conventions -- namely No. 87 and No. 98, as well as Convention No. 29 on forced labor and Convention No. 105 on the abolition of forced labor.

South Korea and United States are the only two countries in the 35-member Organization for Economic Cooperation and Development that have not ratified conventions No. 87 and 98. 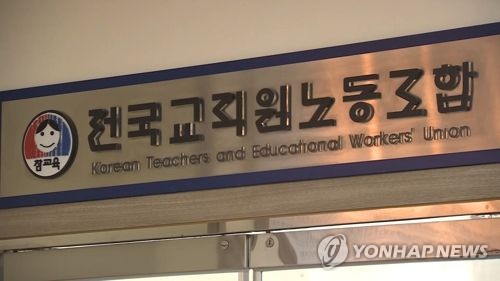 Whether the two conventions are ratified is related to a spat over the legal status of South Korea's outlawed teachers union. In 2013, the Korean government outlawed the Korea Teachers and Educational Workers Union, as it did not accept the government's prohibition on fired teachers becoming members.

Ratifying the conventions was one of President Moon Jae-in's campaign promises and part of the 100 tasks that the Moon administration said it would achieve in order to realize a society in which labor is respected once he won the presidential election in May last year.

The Employment and Labor Ministry has shown that it will come up with a decision on whether to have the conventions ratified after examining a United Nations universal periodic review on South Korea that called for it to ratify the four conventions.

Two lawmakers have submitted separate bills aimed at adopting a resolution urging the government to ratify the fundamental conventions.