Sanchez moved to the bullpen full-time during the Wyverns' postseason run. He threw 3 1/3 scoreless innings in three games against the Nexen Heroes in the penultimate round. Then against the Doosan Bears in the Korean Series, Sanchez was charged with two earned runs in four innings in three appearances.

He held the opponents off the board in five of his six postseason outings.

The Wyverns said their officials had dinner with Sanchez in Las Vegas on Tuesday (local time) on the sidelines of Major League Baseball's Winter Meetings before he signed his new deal.

From the 2018 pitching staff, the Wyverns have lost right-hander Merrill Kelly, who recently signed with the Arizona Diamondbacks, and will have Brock Dykxhoorn taking his spot in the rotation.

The Wyverns are also trying to bring back slugging infielder Jamie Romak, who has blasted 74 home runs in his first season and a half with the team. 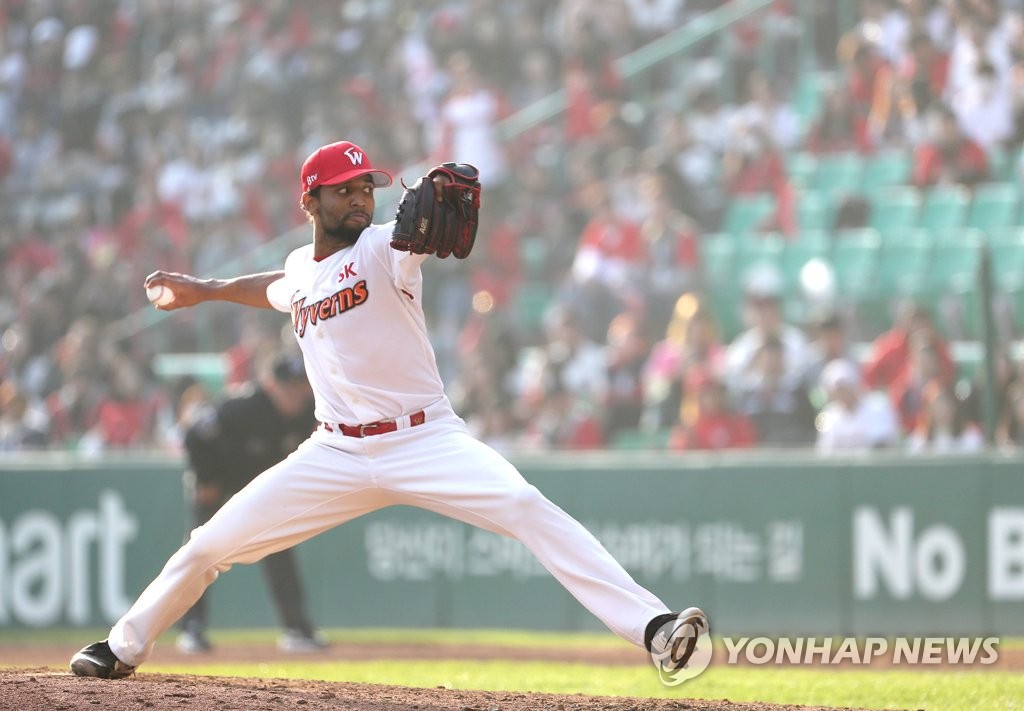