SEOUL, Dec. 12 (Yonhap) -- The ruling Democratic Party (DP) proposed Wednesday that rival parties agree on ways to reform the election system in January next year and move to handle a bill to revise the election law the following month.

Minor parties are staging protests against the DP and the main opposition Liberty Korea (LKP), pressing them into adopting a new proportional representation system to reform the country's parliamentary election system.

Partisan division has deepened as the two major parties approved the government's 2019 budget last week, while minor parties, which wanted to link electoral reform to the budget bill passage, boycotted a vote.

"The DP agrees with the general direction of the election reform that rival parties have discussed, such as the introduction of a mixed-member proportional (MMP) representation system," Yun Ho-jung, the party's secretary general, told a press briefing.

"We propose that five parties agree on this issue and discuss details at a special parliamentary committee on political reform," he added.

The smaller parties are pushing for the MMP representation in which parliamentary seats are tied to the percentage of voters' support for different parties.

The minor opposition Bareunmirae Party (BP), the liberal Party for Democracy and Peace, and the leftist Justice Party are pressing bigger rivals to accept their demand for electoral reform.

In a related move, the chiefs of the BP and the Justice Party have went on a hunger strike for nearly a week.

The DP proposed extending the operation of the political reform panel's operation so that rival parties make a compromise on the overhaul in January next year. The committee is set to end its operation at the end of this year.

"We will make efforts to prod the panel to produce ways to overhaul the election system in January 2019 and to allow the National Assembly to approve it during an extraordinary parliamentary session in February," he added.

The ruling DP and the LKP remained lukewarm toward the reform as the current winner-take-all district scheme acts in their favor.

Minor players are seeking to increase their presence in the National Assembly, which is dominated by two major parties, with the proposed scheme. 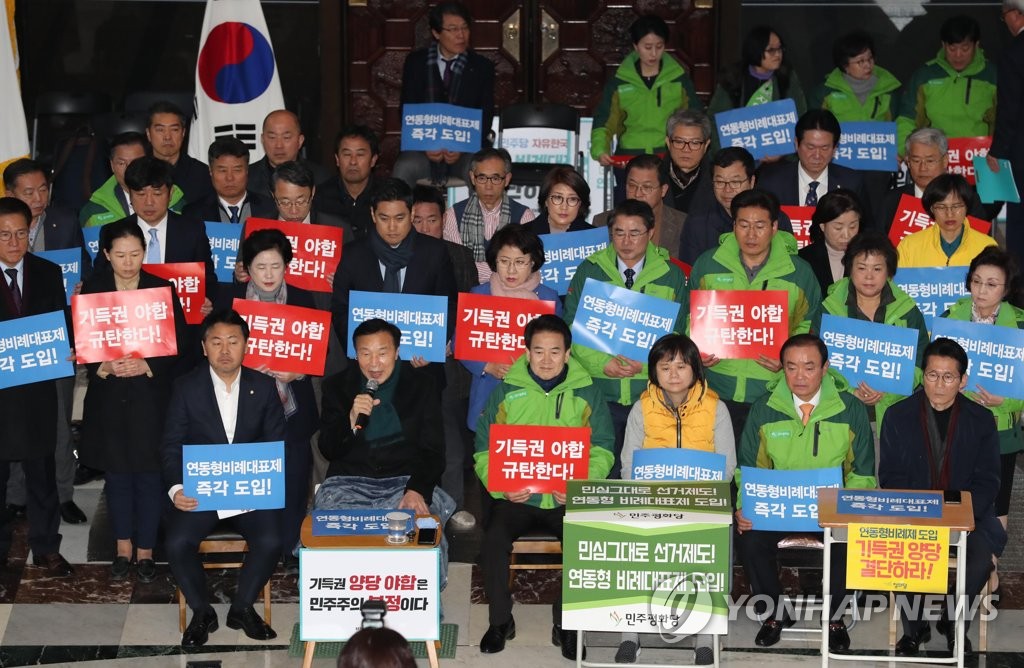