The 19-year-old forward, who plays for the K League 1 side FC Seoul, is one of the 23 players who are training in the southeastern port city of Ulsan for the 2019 Asian Football Confederation (AFC) Asian Cup.

South Korea's head coach, Paulo Bento, has yet to confirm his final roster for the continental tournament, but for Cho, training with the national team is already a big achievement.

"In our first training yesterday, we were gathered in a circle, listening to head coach's directions," Cho told reporters at Ulsan Stadium in Ulsan. "I looked around and noticed that I'm with players that I've watched on television, so I was really happy." 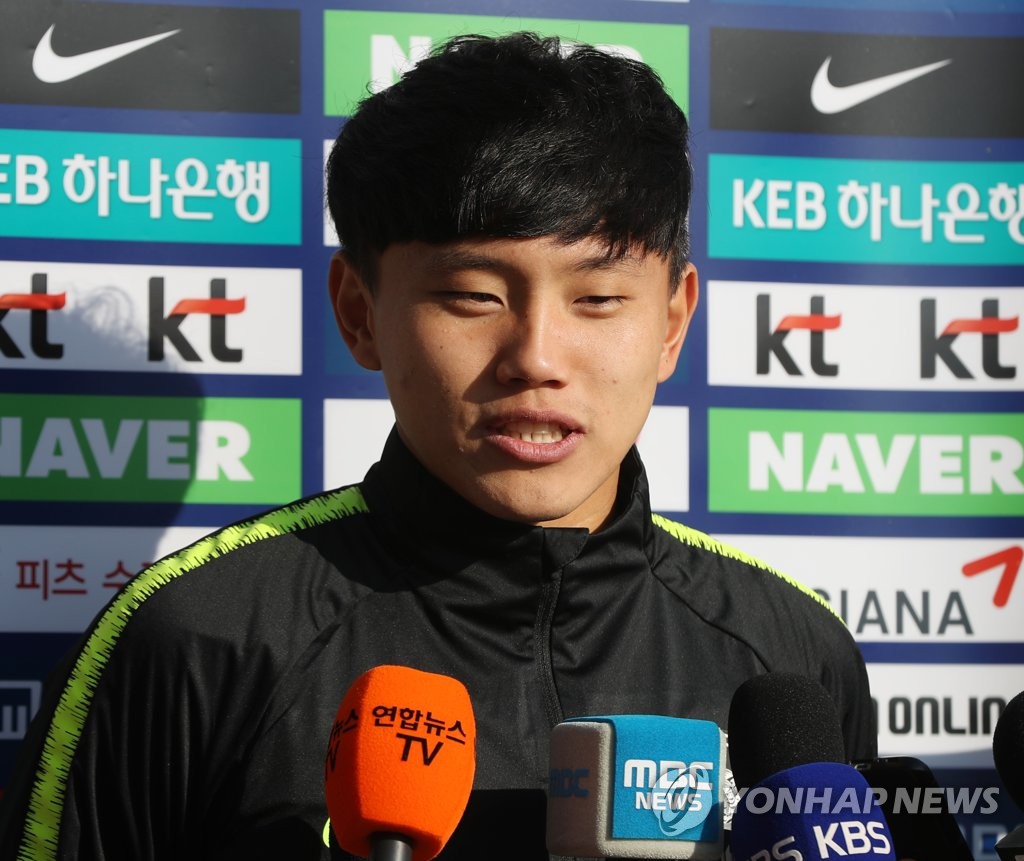 Cho is the youngest player on the South Korean squad at the Ulsan training camp. Cho said he didn't believe it when he first saw his name on the roster.

Cho is considered one of the top teen strikers in South Korea, having represented the country at the 2017 FIFA U-20 World Cup and the 2018 AFC U-23 Championship. He scored 18 goals in 37 matches for the U-20 side and netted five goals in nine matches for the U-23 team.

But on the senior level, Cho knows he is just a rookie and needs to improve many facets of his game to stay competitive. During training, Cho was seen asking questions to Hwang Ui-jo, the Gamba Osaka striker who took the scoring title at the 18th Asian Games.

"He is currently the best striker, and I always wanted to have his goal poaching skills and penetration moves," Cho said. "There was a moment that I was able to stand next to him, so I couldn't pass up my chance."

According to Hwang, Cho asked detailed questions, like how to strike a ball from a tight angle. Cho said he not only wants to learn football skills, but also mental toughness, from veterans.

"When I see them, I can feel that they have composure, experience and pride," he said. "I want to their strong mental strength."

Cho said Bento and his coaching staff are also taking good care of him during training. The Portuguese tactician has been known for his meticulous coaching style since he took the helm of South Korea in August.

"Bento even cares about very small things," he said. "He told me to play with confidence when attacking."

The roster for the Ulsan training camp doesn't include Europe-based players, meaning the battle to earn a spot in the final Asian squad will be fierce. Cho acknowledged that his chances may be slim, but he pledged to do his best to make the Asian Cup final roster.

"Honestly, I think I'm here because of the future," he said. "Yesterday's training was really challenging, but I felt that I also have a competitive edge. I want to go (to the Asian Cup) if I can earn a spot with my hard work." 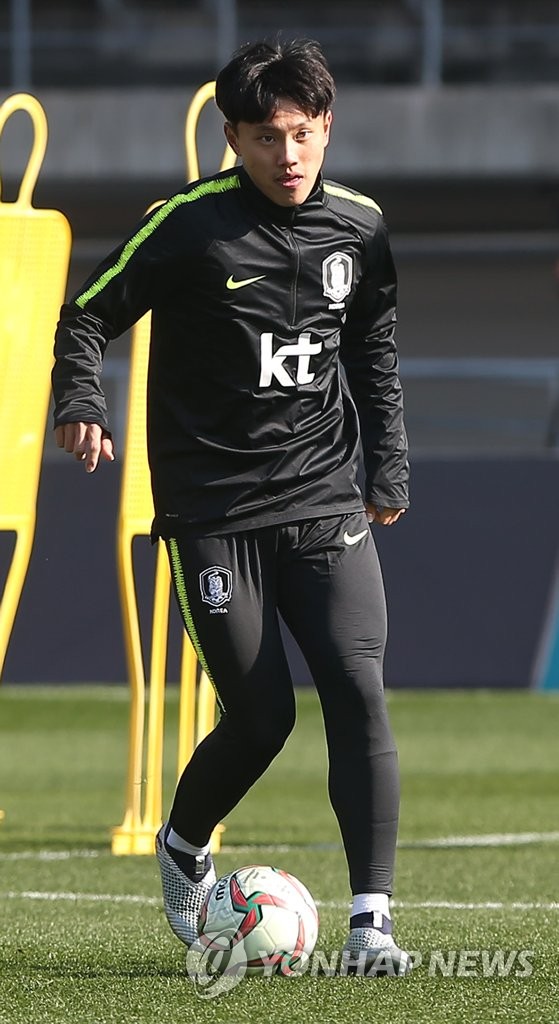