Institutions led the upswing by purchasing a net 311.3 billion won worth of local shares, while retailers and foreign investors offloaded shares worth 267.7 billion won and 46.5 billion won, respectively.

"The news that Huawei Technologies Co.'s chief financial officer was granted bail seems to have assuaged investors who had been jittery over the further escalation of the U.S.-China trade war," said Lee Kyung-min, an expert at Daeshin Securities.

The Chinese businessperson had been arrested early this month in Canada on fraud charges. After the court decision, U.S. President Donald Trump said he would intervene in the case if it would help win a trade deal with Beijing.

"Given that the KOSPI has been undervalued, the index is forecast to have upward momentum for time being, though concerns over the slowing global economy could cause volatility," the analyst added.

Automakers were also among the biggest gainers on news that China was moving to cut tariffs on cars.

Hyundai Motor spiked 6.28 percent to 118,500 won, after the leading carmaker announced a sweeping executive reshuffle as well as an investment plan for fuel cell technologies. Its affiliate Kia Motors soared 3.03 percent to 32,350 won.

The local currency closed at 1,128.5 won against the U.S. dollar, up 1.6 won from the previous session's close. 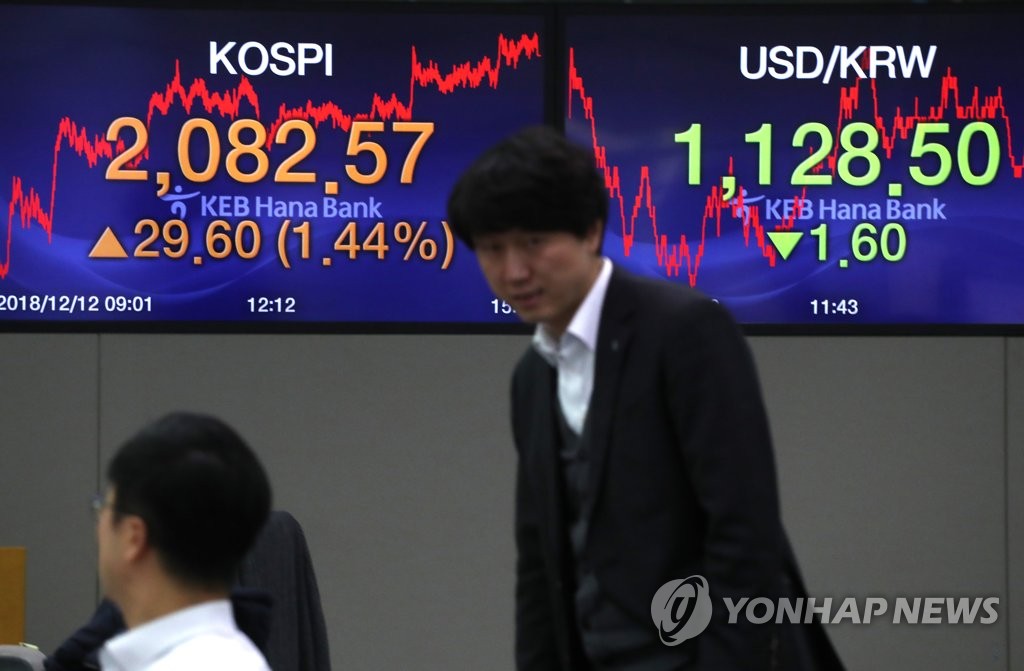