The Korean Central News Agency said Kim Young-jun will lead the men's football team at the 2019 Asian Football Confederation Asian Cup in the United Arab Emirates. North Korean are in Group E at the 24-team continental tournament with Saudi Arabia, Qatar and Lebanon.

Kim was a defensive midfielder, helping North Korea to qualify for the 2010 FIFA World Cup and wining an international tournament for the Vietnam Football Association Cup in the same year, the KCNA said. At the 2010 World Cup, he played as a second-half substitute against Portugal.

After ending his playing career, Kim had worked as a coach and chief coach of the men's football team at the Pyongyang Sports Team, according to the KCNA. He was also assistant coach of North Korea's under-16, under-17 and under-23 men's football teams between 2013 and 2017, the KCNA added.

Kim is expected to make his North Korea coaching debut later this month. North Korea are scheduled to have a friendly match against Vietnam in Hanoi on Dec. 25. Vietnam are led by South Korean head coach Park Hang-seo. 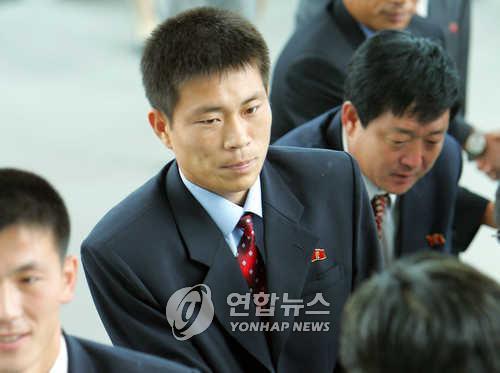