The KDHC said an emergency inspection of pipes, conducted following the Dec. 4 accident, revealed a total of 204 heating pipes more than 20 years old that showed signs of vulnerability in cold weather. Among them, 16 were considered at risk of plumbing accidents due to the big temperature difference between the pipe and the ground in the winter months. 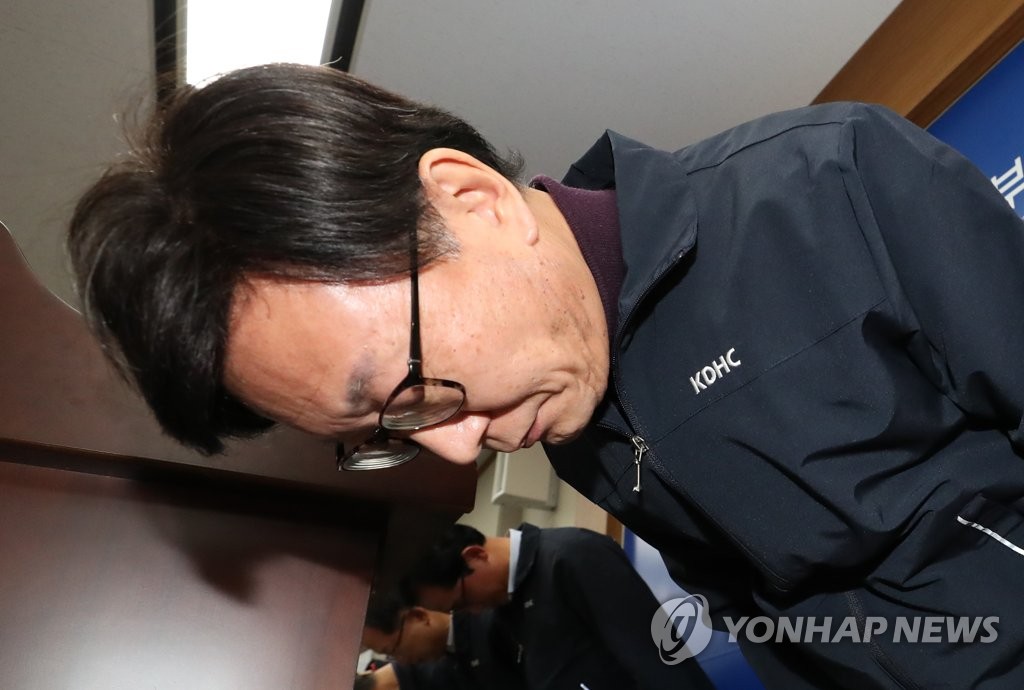 Inspectors have dug up five spots and replaced one pipe that was leaking water and said they will drill 11 other sites to check for problems.

"We will take preemptive measures on 443 sites that have the same connecting structure with the broken pipe in Goyang to deal with safety concerns, by repairing or replacing them within this winter season," the KDHC said in a release.

The state utility firm said it will carry out in-depth analysis into aged pipes until Jan. 12 to prevent leakages or explosions during the cold season.

In light of the recent accident, the KDHC said it plans to quintuple the annual budget for heating pipe maintenance to 100 billion won (US$88.8 million) to tighten monitoring and enhance safety measures on pipes installed before 1998.

Heating pipes aged over 20 years, mostly used in mega urban development projects in Gyeonggi Province, come to 686 kilometers in length, equal to 32 percent of the pipelines in service, according to the firm.