SEOUL, Dec. 13 (Yonhap) -- North Korean leader Kim Jong-un is unlikely to visit Russia this year, Seoul's top envoy in Moscow said Thursday amid speculation about whether or when Kim will travel there for talks with President Vladimir Putin.

Ambassador Woo Yoon-keun said that uncertainties hang over the prospects of the Kim-Putin summit, as the North Korean leader faces a litany of foreign policy tasks, including his possible visit to Seoul and envisioned summit with U.S. President Donald Trump.

"The mood for Chairman Kim's trip to Russia emerged after September as Russian Foreign Minister Lavrov visited Pyongyang and Matvienko, the speaker of the upper house of Russia's Parliament, also visited the North," Woo told reporters here. He's on a trip to Seoul for the annual gathering of South Korean ambassadors and other heads of overseas diplomatic missions.

"There was also anticipation (in Russia regarding Kim's visit) around October and November, but (he) is unlikely to travel to the North this year," Woo added, noting that the Kremlin apparently expects him to come next year.

Kim faces a series of diplomatic events in the new year. The expected highlight is a summit with Trump where the two sides seek progress in their seemingly deadlocked negotiations over the North's denuclearization.

Seoul has been pushing for Kim's unprecedented trip to Seoul in accordance with an earlier agreement that he will reciprocate the visit South Korean President Moon Jae-in made to Pyongyang in September.

"At this point in time, it is very difficult to forecast when the Russia-North Korea summit will take place," Woo said.

Asked whether Russia is wary of China's stepped-up diplomacy with North Korea, Woo said that Russia has been closely cooperating with Beijing over North Korea issues. 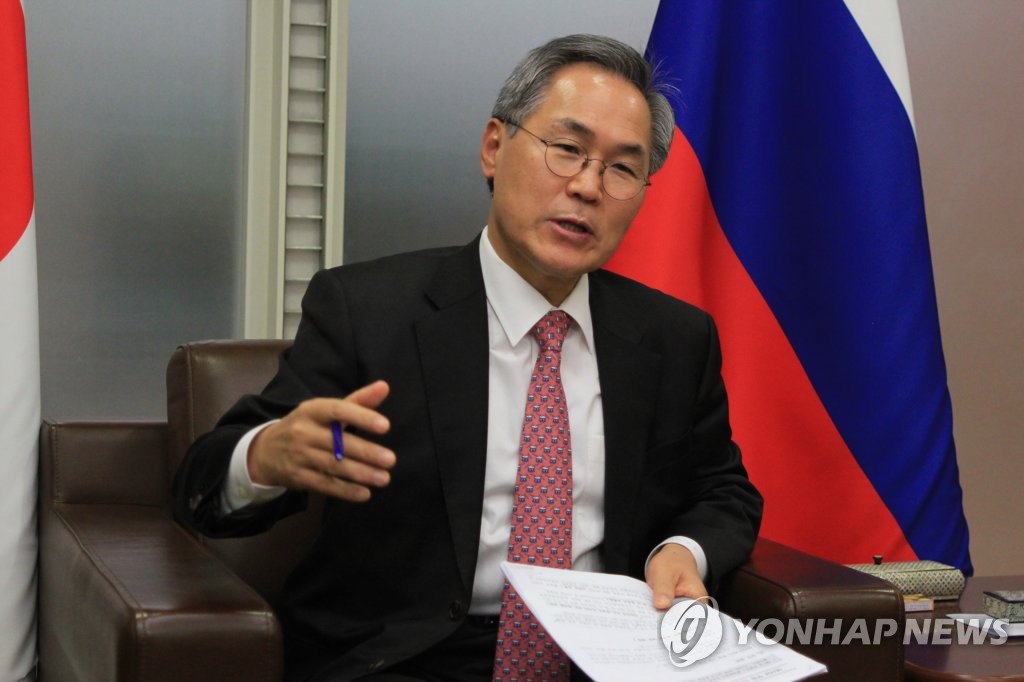