(ATTN: UPDATES throughout with Japan's response, other details; ADDS photo)

SEOUL, Dec. 13 (Yonhap) -- South Korea's Navy, Coast Guard, Air Force and police were set to kick off a regular exercise Thursday to hone their combined capabilities to defend Dokdo, a pair of rocky islets in the East Sea.

In the two-day maritime drills, a 3,200-ton destroyer and seven other surface ships will be mobilized, along with several aircraft, including an F-15K fighter, a P-3C maritime surveillance plane and a UH-60 helicopter, defense officials said. 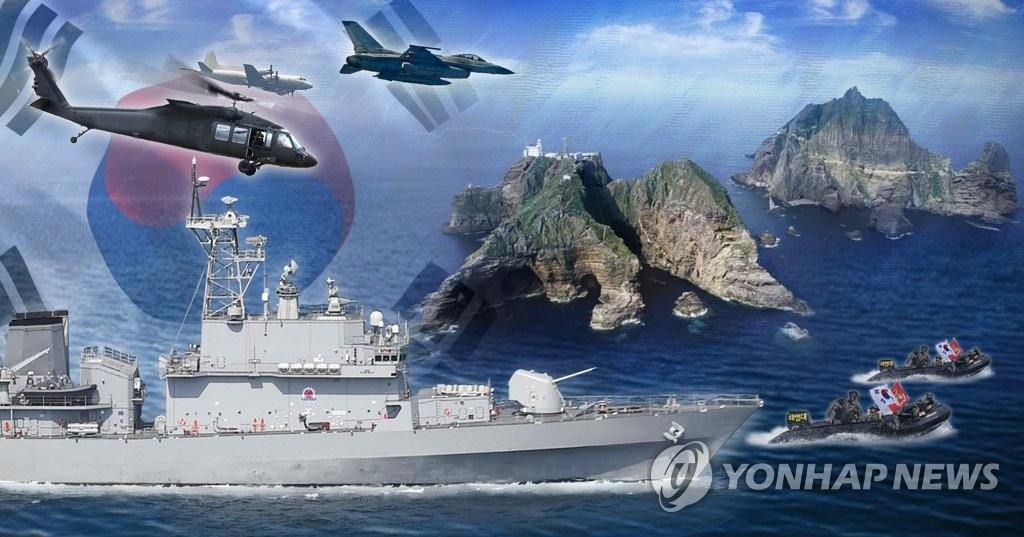 South Korea has been in effective control of the nation's easternmost islets with a small police detachment since its liberation from Japanese colonial rule in 1945. Japan has persistently laid claim to the islets.

In a statement, the foreign ministry said it can't accept the move and called for a halt to it.