The ratio of operating profit to sales of non-financial firms in the country reached 7.6 percent in the July-September period, up from 7.4 percent tallied a year ago, according to the data by the Bank of Korea (BOK).

At the same time, the pretax net profit margin of South Korean companies rose on-year to 7.2 percent from 6.4 percent.

By sector, manufacturing firms posted 6.2 percent on-year growth in sales in the third quarter, while their operating profit rate widened to a record 9.7 percent.

On the other hand, non-manufacturers' sales fell 0.4 percent on-year in the three-month period, with their operating profit margin gaining 4.4 percent.

In particular, third quarter sales in the machinery and electronics sectors increased 8.3 percent on-year, and their operating profit soared a record 18.3 percent.

Chipmaking companies, which have been enjoying booming overseas demand in recent years, are categorized as part of the machinery and electronics sector.

Sales of the construction sector, however, contracted 6.3 percent in the third quarter, the sharpest on-year decline since 2015 when the BOK started to compile such data. The decline is largely affected by the government-led measures to cool the overheated housing market. 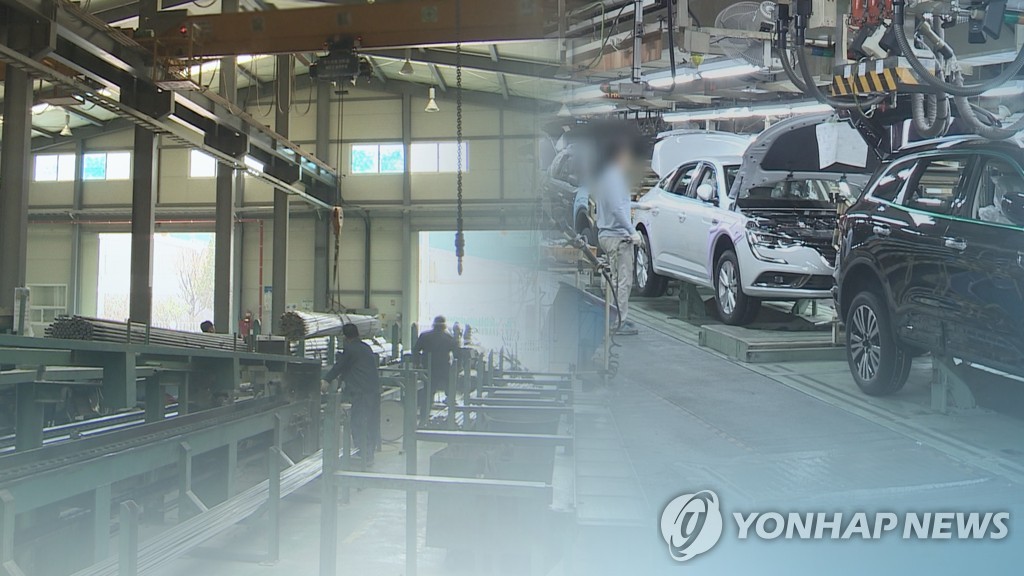