YG did not disclose the title of the upcoming single, set for release Dec. 19, but a teaser image showed the four members huddling together and holding lighted matches.

YG portrayed the release as WINNER's end-of-the-year "present" to fans ahead of the band's release of a full-length album in the first half of 2019.

The single will be WINNER's first release since their second full-length album, "EVERYD4Y," dropped in April. Their next full-length album will be released after the band wraps up their world concert tour in February, according to YG. 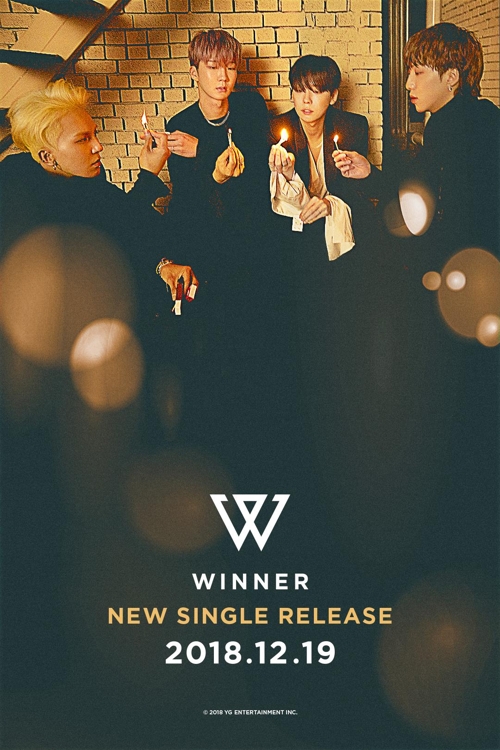