The Korea Football Association (KFA) said Son's goal in South Korea's stunning 2-0 win over Germany in a Group F match in Russia earned 20,448 out of 37,563 votes, or 54.4 percent, to win the top goal honors. This year's KFA fan vote on national football matches was held for 10 days from Dec. 3.

With South Korea leading 1-0 against Germany, Son chased a long ball from Ju Se-jong after running some 50 meters and slotted it home into the empty net in the second half extra time. His goal sealed a surprise victory over the defending World Cup champions, South Korea's only win at the tournament. 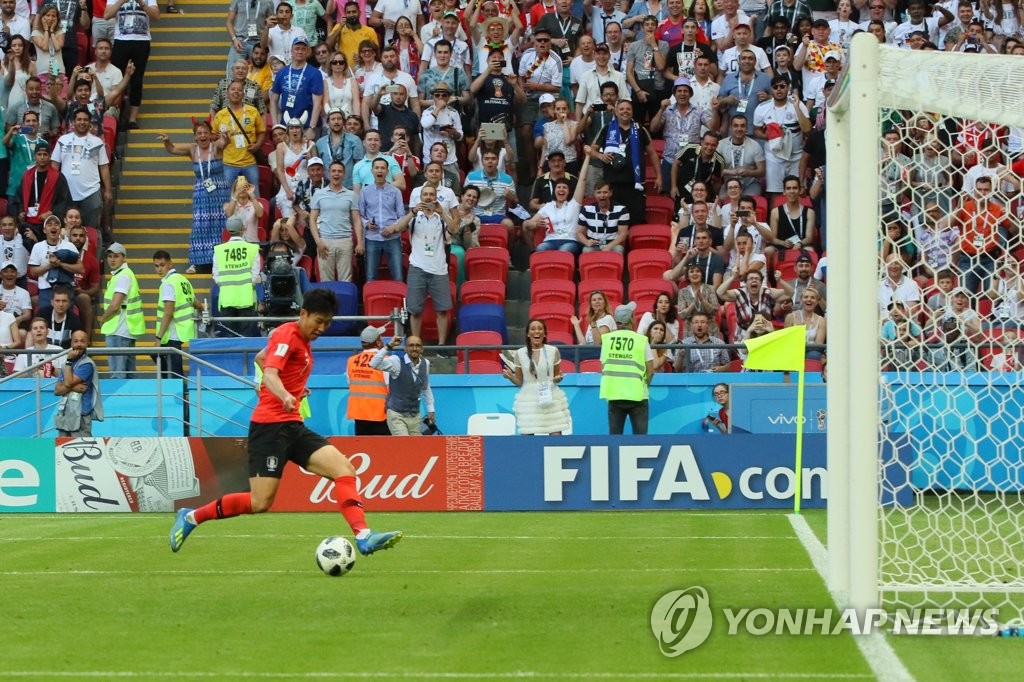 This is the third time that the Tottenham Hotspur star has taken the goal of the year award. He won the fan vote in 2015 with his goal against Uzbekistan at the 2015 Asian Football Confederation (AFC) Asian Cup and in 2016 with a score against Germany at the Rio de Janeiro Summer Olympics.

Finishing behind Son's goal in this year's vote was Lee Seung-woo's strike against Iran in the round of 16 at the 18th Asian Games in Indonesia, where South Korea captured the gold medal. The Hellas Verona attacker dribbled past three defenders just outside the box and fired a right-footed shot to hit the back of the net.

Son's goal against Mexico at the 2018 World Cup was voted third. With South Korea trailing 2-0, he fired a left-footed curler to beat Mexican goalkeeper Guillermo Ochoa.

South Korea's win over Germany at the 2018 World Cup was voted the match of the year, receiving 19,978 votes, or 53.1 percent. It was followed by South Korean under-23 team's 2-1 extra-time win over Japan in the men's football final at the 18th Asian Games. The same team's 4-3 win against Uzbekistan at the Asian Games, in which Hwang Ui-jo scored a hat trick, was voted third.

The KFA fan vote on the goal of the year started in 2002. Previous winners include Park Ji-sung, Park Chu-young and Lee Dong-gook. The KFA has been announcing fan vote results on the match of the year since 2005. 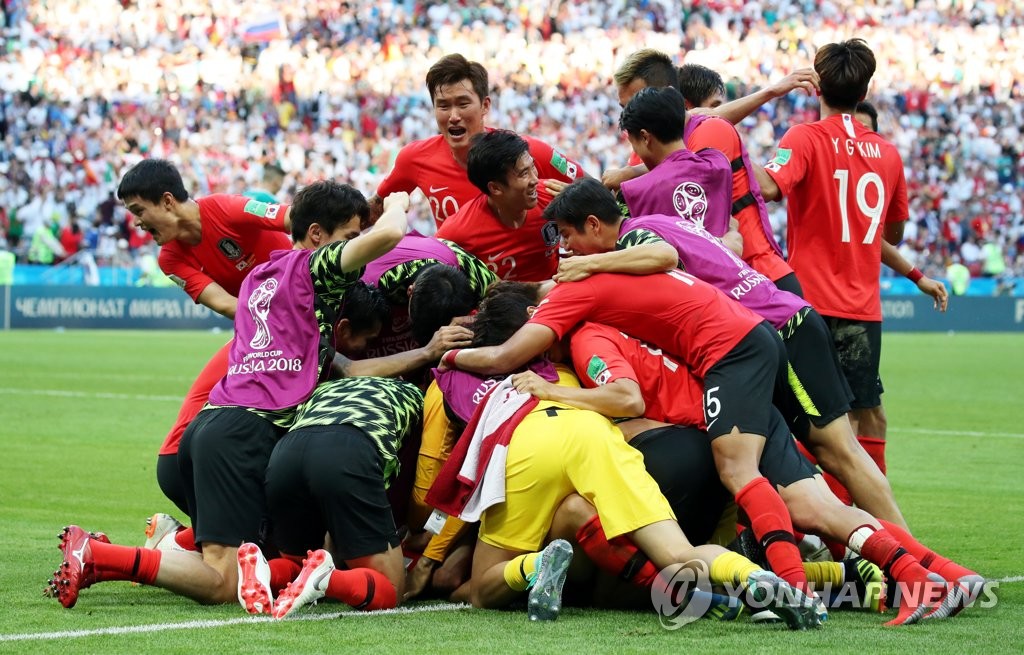