SEOUL, Dec. 13 (Yonhap) -- South Korea's Foreign Minister Kang Kyung-wha will visit India and Malaysia next week for talks with her counterparts and other key officials over bilateral cooperation, her office said Thursday.

On Wednesday, Kang will meet her Indian counterpart, Sushma Swaraj, for their countries' ninth joint committee meeting in New Delhi. During the talks, they plan to discuss cooperation in diplomacy, security, arms industry, economy, cultural exchanges and other areas.

It will be the first such joint committee meeting since December 2014.

"It is expected that the committee session will add fresh momentum to improvement in bilateral relations amid the friendly atmosphere created by recent exchanges of high-level officials between the two countries," ministry spokesman Noh Kyu-duk told reporters.

The minister will fly to Kuala Lumpur on Thursday.

She will have talks with Malaysian Foreign Minister Saifuddin Abdullah over ways to enhance cooperation. She will also pay a courtesy call on Prime Minister Mahathir Mohamad.

"We expect that the minister's trip this time will serve to help secure the Malaysian government's continued cooperation and support for our government's New Southern Policy and lay the foundation for the two countries' friendly and cooperative relations," Noh said.

The New Southern Policy is designed to cement ties largely with the 10-member Association of Southeast Asian Nations, which is a crucial partner for South Korea due to its growth potential, rich resources and growing diplomatic influence. 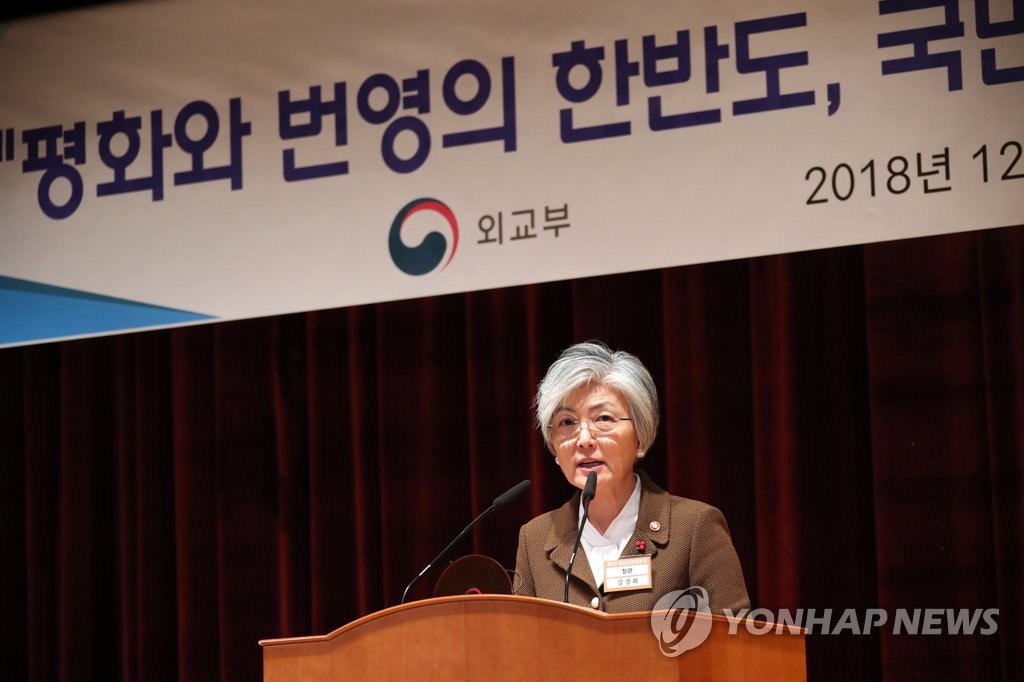