SEOUL, Dec. 13 (Yonhap) -- Prosecutors raided the main offices of Samsung BioLogics Co. and its accounting firms on Thursday as part of a probe into alleged accounting fraud.

The raids come about a month after the Financial Services Commission (FSC) ruled that Samsung BioLogics intentionally violated accounting rules ahead of its initial public offering in 2016. The case has been referred to the prosecution.

The regulatory review centers on questions about the loss-making Samsung BioLogics' reporting of sudden profits in 2015 after changing the method used to calculate the value of Samsung Bioepis, a joint venture with U.S.-based Biogen Inc.

Investigators from the Seoul Central District Prosecutors' Office searched the accounting division of the bio company in Incheon, west of Seoul, to confiscate evidence related to the suspicion.

Separate raids were carried out at Samsung Bioepis and five other locations, including KPMG Samjong Accounting Corp. and Deloitte Anjin LLC, the two auditors for Samsung BioLogics.

The prosecution said the raids were aimed at collecting objective evidence besides the evidence submitted by the FSC to investigate the allegations, and it plans to decide who to bring in for questioning when they finish analyzing the confiscated materials.

The alleged irregularities helped boost the value of Cheil Industries and benefited Samsung Group's heir apparent, Lee Jae-yong, as Cheil Industries held a 46.3 percent stake in Samsung BioLogics and Lee was a major stakeholder in Cheil at that time, according to some ruling party lawmakers and civic groups.

The 2015 merger of Cheil and Samsung C&T Corp, another key unit of South Korea's richest conglomerate, was widely seen as a step to enhance Lee's control of Samsung Group, as his father Lee Kun-hee suffered a heart attack in 2014 and has been hospitalized ever since.

The company has denied any wrongdoing, claiming that the change in accounting methods was in line with international accounting standards. It has also lodged an administrative suit in objection to the FSC decision. 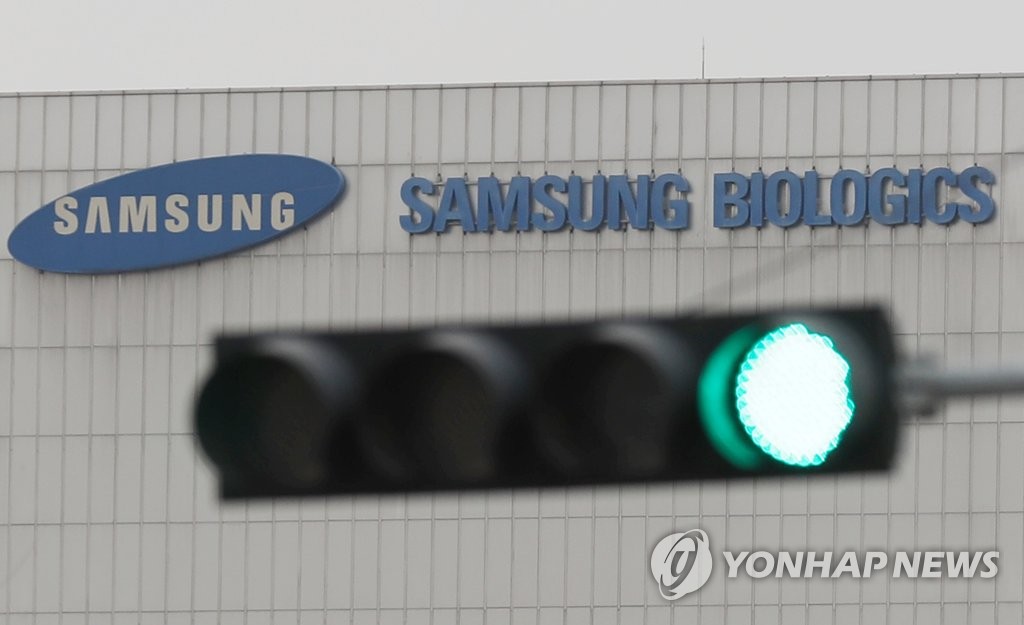