SEOUL, Dec. 14 (Yonhap) -- Kim Kil-jun, a taxi driver for 22 years, thought his taxi-hailing app was like a business partner, something that helped him get more fares, but now he feels like the platform has turned on him and become a powerful competitor in South Korea's growing mobility market.

The app's operator, Kakao Mobility Corp., began a limited version of its carpooling service last Friday to work out technological details and reflect on various opinions ahead of its launch down the road.

Many South Korean taxi drivers have relied on Kakao's app -- which shows incoming ride requests -- to pick up passengers, but some of them later quit the app and have become vocal opponents of Kakao's carpooling service on the grounds that their livelihoods are at stake.

The case illustrates the escalating tug of war over South Korea's mobility market between technology-driven mobility companies and taxi drivers.

"I felt a sense of having been betrayed (by Kakao)," the 64-year-old said on a recent evening in downtown Seoul. "It's like giving cookies to a kid and then taking them away."

The drivers' growing sense of desperation was evident earlier this week when a 57-year-old taxi driver died by self-immolation inside his car near the parliament in Seoul in protest of carpooling services.

"I hope that (taxi drivers) will fight until carpooling is thwarted," the driver wrote in a suicide note.

Kakao had planned to begin its formal carpooling service on Monday, but has decided to delay the launch of the service to better reflect on opinions from various stakeholders.

For many ordinary passengers, carpooling services represent a mobility innovation in a country where it's not easy to grab a taxi in busy commercial areas, especially at night.

In some cases, passengers are allowed to hop in taxis only after taxi drivers agree to their destinations through short chats over a lowered window. 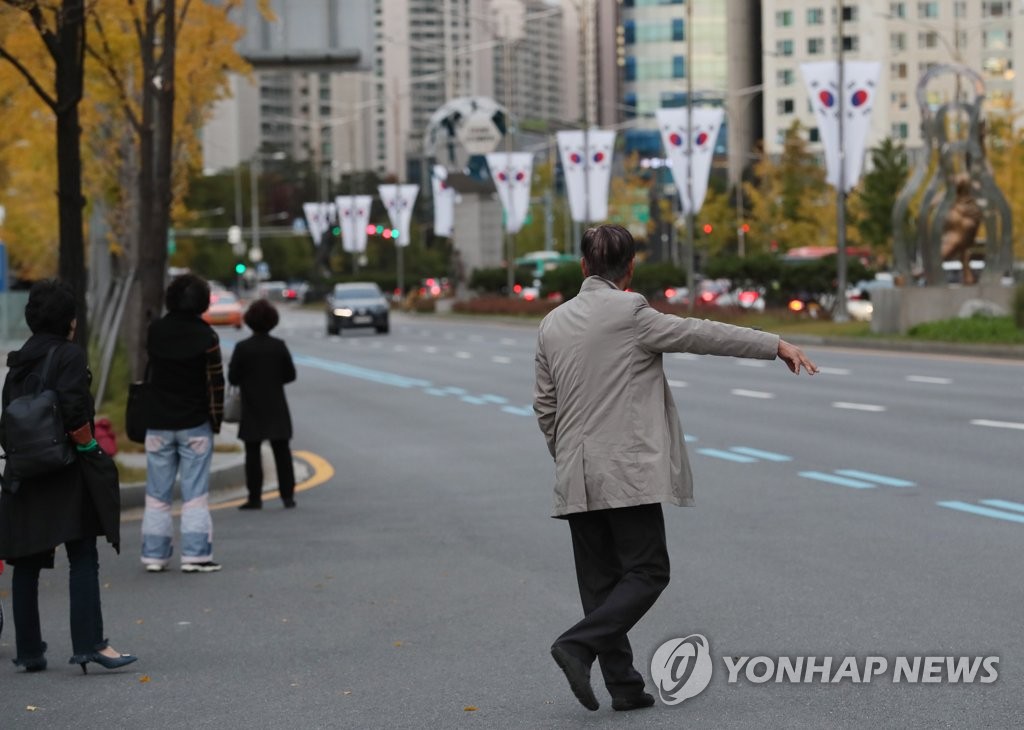 In one indication of endorsement for the new option, more than 50,000 people are believed to have registered as drivers for Kakao's carpooling service.

By comparison, the number of taxi drivers stood at 269,773 across the country, including 80,817 in Seoul, as of July 31, according to the Ministry of Land, Infrastructure and Transport.

"I am thinking about signing up as a Kakao driver to save on gas costs because I commute to work alone by driving," Jo Nam-gyu, 49, a Seoul-based office worker, said.

But on the flipside, taxi drivers are concerned that carpooling services could eventually upend the local transportation industry, just like Uber and other global ride-hailing giants have transformed transportation in cities around the world. 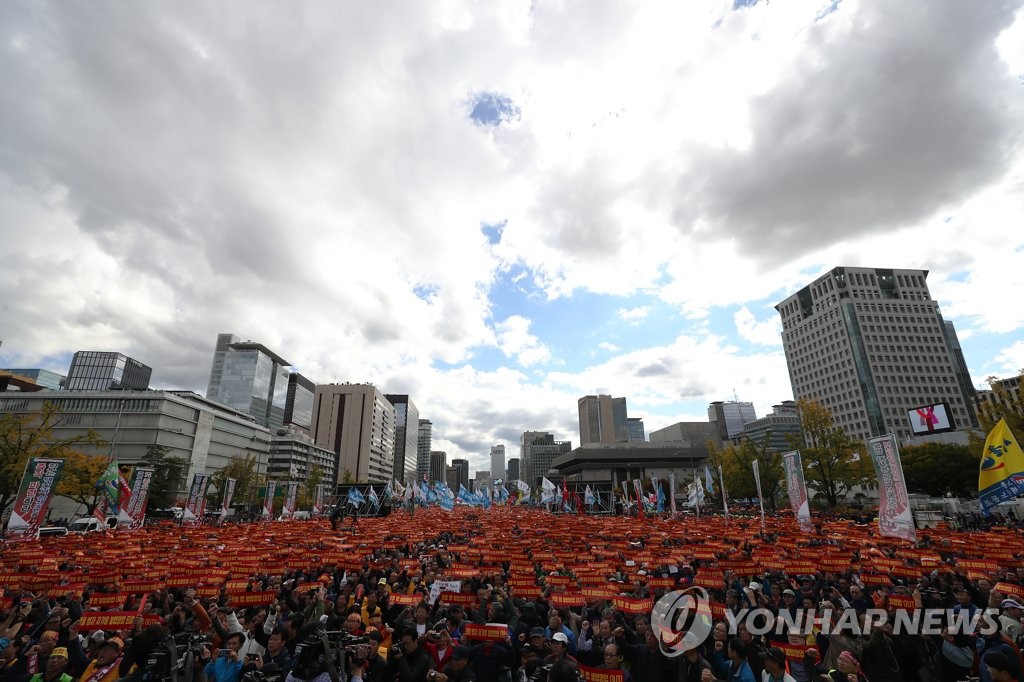 Taxi drivers claim carpooling services would take away their passengers and that the services could be used 24/7, as flexible working hours have blurred the traditional notion of commuting hours.

He also said private cars should not be allowed to earn fares by transporting passengers.

In 1961, South Korea imposed a ban on commercial transport by private cars, but it introduced an exception clause for carpooling in 1994 for commuting to and from work to cope with traffic congestion.

Kakao said it will restrict ordinary people from offering carpooling services to commuters to only two time periods a day -- usually during the morning and evening rush hours -- in line with the current law on passenger transport service. The company has set basic fares for its carpooling service at 3,000 won for 2 kilometers.

The parliamentary committee on land, infrastructure and transport is set to deliberate on the controversial issue, though no specific time frame has been set.

One taxi association, which represents about 1,700 taxi companies in South Korea, said it is considering filing a suit against Kakao Mobility if the company moves to formally launch its carpooling service.

Lee Yong-bok, an official at the association, said the 1994 exception clause was meant to encourage ordinary people to carpool with their colleagues and neighbors to ease traffic jams.

But things have changed dramatically in recent years.

Shared mobility has become a new commercial opportunity in South Korea, and other major economies, with the rapid growth of disruptive technologies. The global market value of shared mobility now exceeds US$60 billion across China, Europe and the United States, according to global management consulting firm McKinsey & Company.

Kim Hyun-mi, the minister of land, infrastructure and transport, has suggested that the government is in favor of carpooling services during specified commuting hours, but it is against Uber and full-time carpooling by ordinary people who do not have commercial taxi licenses. 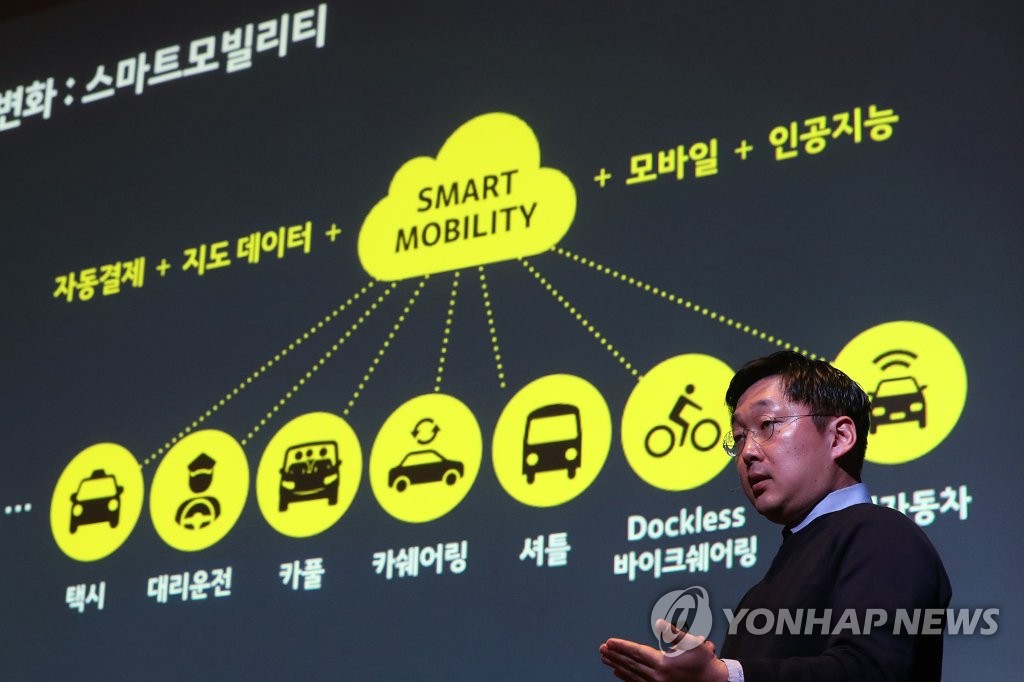 Hong Nam-ki, the minister of economy and finance, recently expressed his support for carpooling services and other new businesses through efforts for the mutual benefit of taxi drivers.

Nevertheless, drivers are wary of the new players in the transportation industry. "Kakao app was helpful and convenient, but it is a competitor," said Han Si-chul, a 53-year-old taxi driver. "Still, it won't be easy to go back to the times when there was no carpooling."