SEOUL, Dec. 14 (Yonhap) -- The head of South Korea's military recruitment agency vowed Friday to enhance fairness and transparency in conscription procedures, reiterating his determination to stamp out any "favoritism and foul play."

Ki Chan-soo, the chief of the Military Manpower Administration (MMA), said that his agency has toughened rules on delaying military service, strengthened inter-agency cooperation and closely monitored those from high-income families and others seen as prone to draft-dodging.

"To put it simply, (fairness) means administering policies so that everyone's military service is carried out in fairness and transparency," Ki, who took office in July last year, told Yonhap News Agency.

"Military duty, which is one of the basic duties of a Korean citizen, must be without prejudice and favoritism," he added. 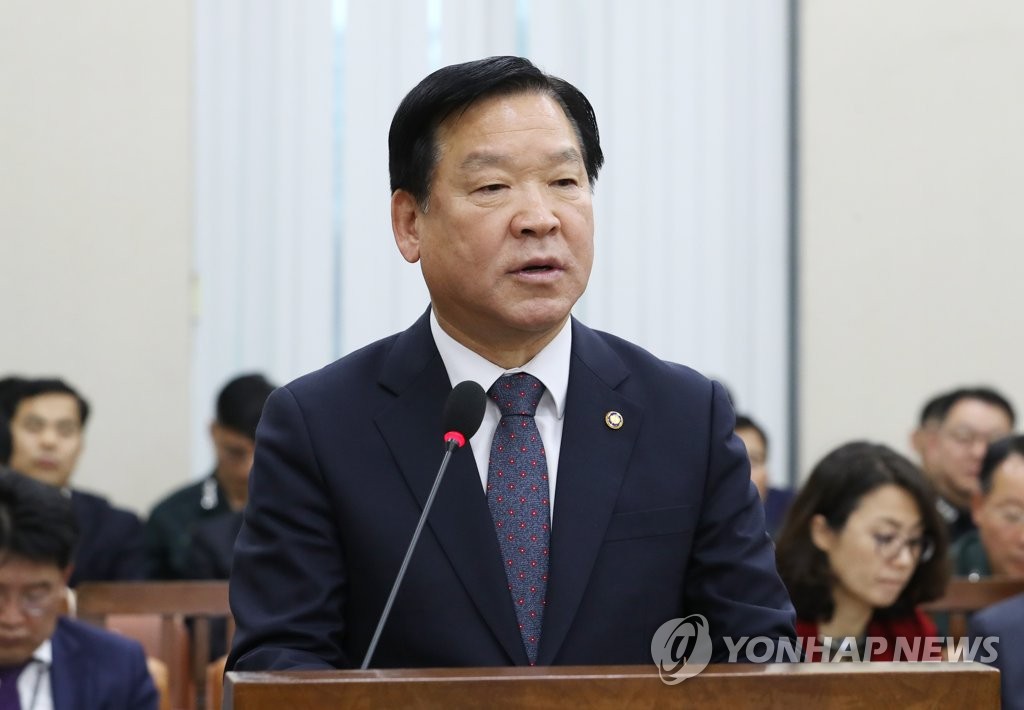 All able-bodied South Korean men, aged 18 and older, must serve in the Army for 21 months, 23 months in the Navy or 24 months in the Air Force to defend their country against security threats, including those from North Korea.

Under Ki's leadership, the MMA has been running a special classification program under which it keeps records of about 34,000 people, including men from top-income families, sons of senior government officials, athletes and entertainers.

"We are inspecting their military drafts, appeals of delay and exemptions, and any other incidents that might be attempts to dodge the draft or receive special treatment because of their background and status," he said. "All our inspections are transparent, strict, and we have a zero-tolerance policy against corruption."

The country's conscription system came under intense public scrutiny this summer after dozens of South Korean athletes qualified for military service exemptions after winning gold medals at the Asian Games held from Aug. 18-Sept. 2 in Jakarta and Palembang.

Critics have raised questions over the fairness of the draft program, arguing that some could exploit it to avoid military service, particularly at a time when the country is seeking to cope with a potential shortage of draftees likely to be caused by the nation's low birthrate.

As part of efforts to enhance fairness, the MMA has also introduced a measure to prevent those aged 28 and older from delaying their military service on pretexts of entering graduate school or applying for special license exams.

The MMA has also strengthened cooperation with the National Tax Service, related government agencies, local entertainment companies, sports organizations and other institutions to prevent any loopholes in the conscription system.