SEOUL, Dec. 14 (Yonhap) -- South Korea and the United States failed to strike an agreement on how much Seoul will pay for the stationing of American troops on the peninsula in their latest formal negotiations, a government official here said Friday.

Senior diplomats of the allies had three-day talks in Seoul to set the amount of Seoul's financial contributions for the 28,500-strong U.S. Forces Korea (USFK). They constituted the 10th round of bargaining that began in March, as the current five-year accord expires at the end of this month.

The two sides remain apart over the total amount of Seoul's financial contributions, a contract period and some other contentious issues, according to the official. 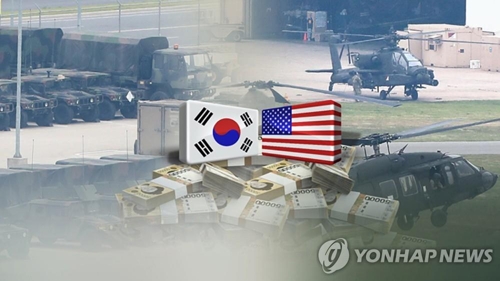 "Again, nothing is agreed until everything is agreed," he told reporters on condition of anonymity. "There's still a big difference over the total amount. The two sides will continue consultations through diplomatic channels."

He ruled out the possibility of another round of formal talks within this month.

"If necessary, we can have (formal) negotiations next month," he added.

He wouldn't be drawn into a question about whether the ball has effectively been passed to the presidents of the two countries.

In case no deal is reached in the coming two weeks, he agreed, it's expected to cause a problem for the USFK to pay wages for South Korean civilian workers.

About a third of Seoul's payment is used for the wages of around 8,000 workers. The USFK has reportedly warned that they may be forced to go on unpaid leave, apparently putting pressure on South Korean negotiators.

Amid controversy over a reported plan for the furlough, the USFK said it continues to seek a "swift" conclusion of the allies' cost-sharing negotiations.

"USFK will ensure our KN and KSC employees have adequate time to prepare for any potential furlough," an unnamed spokesperson said, referring to the Korean National and Korean Service Corps, in a statement to Yonhap News Agency. "We value our Korean national workforce and their contribution to the alliance."

The rest of Seoul's contribution is spent on construction projects at USFK bases and logistical support.

In the Special Measures Agreement (SMA) talks, the Trump administration has called for Seoul to sharply increase its yearly contribution from the current 960 billion won (US$850 million).

The Wall Street Journal reported that Washington is pushing for 150 percent of the current amount, or about $1.2 billion. It quoted "people" familiar with the talks. 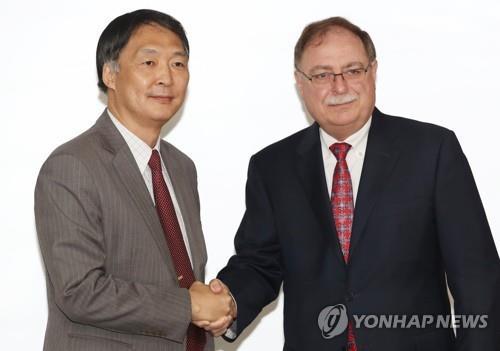 South Korea hopes to prevent the money issue from affecting the alliance amid the need to demonstrate its strength in dealing with North Korea.

The government has stated that it is willing to share an "appropriate, rational" level of burden on the basis of the alliance spirit and mutual respect. It has also sought to enhance the transparency of the USFK's related budget spending.

In 2014, the allies failed to meet the year-end deadline in talks for the current pact. They hammered out a deal in January the following year.

A new defense cost-sharing agreement will be scrutinized by the National Assembly as part of its decision on whether to approve it or not.

The allies signed their first SMA accord in 1991, requiring Seoul to pay about 100 billion won.

(3rd LD) No deal yet between allies on dividing USFK costs: official

(3rd LD) No deal yet between allies on dividing USFK costs: official