SEOUL, Dec. 14 (Yonhap) -- The operator of South Korean pirate website Bamtoki has again been ordered to pay a compensation of 1 billion won (US$890,000) to local webtoon platform Toomics for stealing its content for years, court officials said Friday.

The ruling by the Seoul Central District Court followed its earlier verdict, announced a week ago, that the operator of Bamtoki should pay 1 billion won each to Naver Webtoon, an affiliate of South Korea's largest portal Naver, and Lezhin Entertainment, a webtoon content startup, for stealing about 90,000 webtoons from them since 2016. 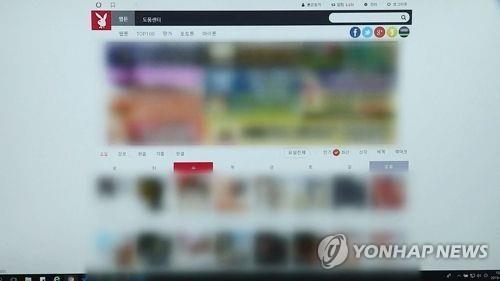 The Bamtoki operator, identified only as Hur, is accused of stealing and posting content of the three victims on his pirate website since October 2016 and earning about 950 million won in advertising revenue linked to the stolen webtoons.

Bamtoki grew into a giant pirate site with 61 million visitors and 137 million page views as of December 2017. At that time, Naver Webtoon's page views reached 121 million.

Bamtoki had skillfully evaded crackdowns by operating its servers abroad and incurred huge damage to domestic webtoon companies but was closed in May this year after Hur was arrested.

The 43-year-old was indicted on charges of copyright law violation and sentenced to 2 1/2 years in prison in a lower court ruling.