The song was the main track of the BTS album "Love Yourself: Tear," with which BTS rewrote K-pop history. The album landed atop the Billboard 200 chart about a week after its release, making it the first K-pop album to ever take the No.1 spot on a Billboard chart.

This is BTS' fourth music video to surpass the 400 million threshold, following "DNA," which hit 500 million, "Fire" and "Dope." 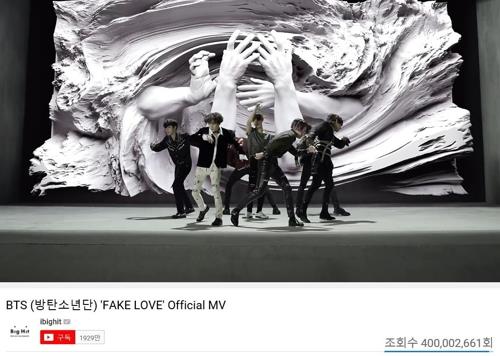