According to the data compiled by industry tracker IHS Markit, the global market for smartphone displays came to US$10.7 billion in the July-September period, with OLED panels taking up 61.1 percent, or $6.6 billion.

The proportion of OLED panels rose sharply from the 35 percent posted in the first quarter of 2017, the data showed.

Industry watchers said the increase in the presence of OLED panels followed rising demand for flexible OLED products in the market.

As for the entire smartphone display market, which also includes liquid-crystal displays (LCD), Samsung's market share stood at 57.8 percent in terms of revenue, far above China's BOE and Tianma, which posted 7.8 percent and 7.7 percent, respectively.

"In the market for small and medium-sized OLED displays used for smartphones, Samsung is taking a dominant position based on its overwhelming technology. This presence is unlikely to change for the time being," an industry watcher said. 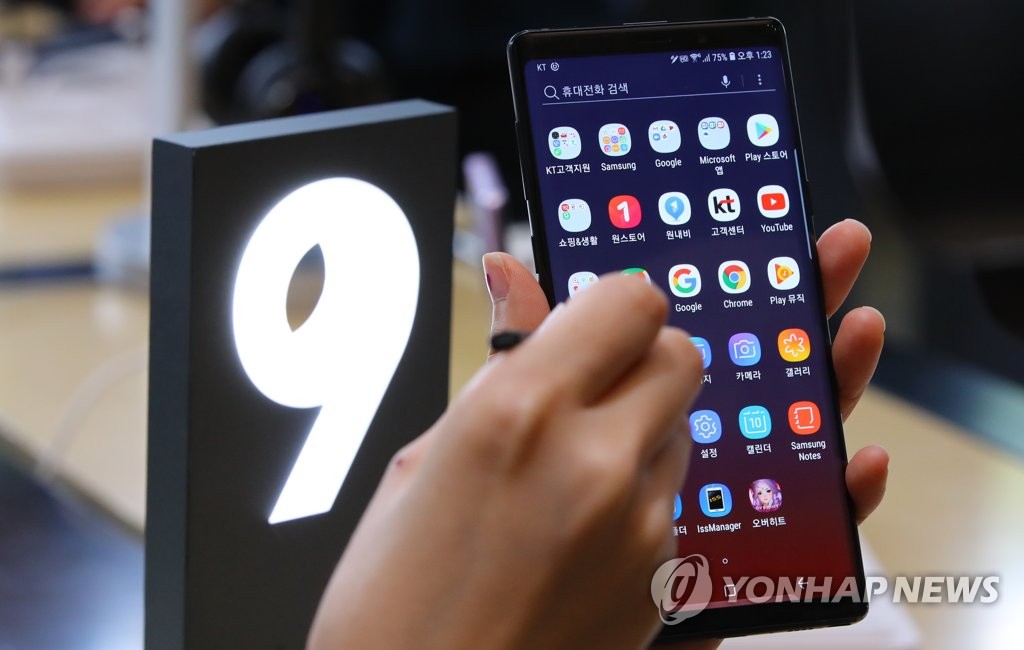