The Defense Acquisition Program Administration (DAPA) has made the revisions to shift its policy focus to what it calls industrial cooperation with foreign firms and away from technology transfers, which have been limited due to increasingly tighter export controls.

Under the offset trade program introduced in the early 1980s, Seoul has set conditions, such as technology transfers, before selecting foreign contractors to supply defense goods, including fighter jets and other high-tech weapons systems.

Among the revisions is one to increase the benefits for a foreign company buying components from South Korean small and medium-sized enterprises (SMEs). The benefits will be double those it is to get from trading with big Korean firms, DAPA said.

DAPA will also introduce a "banking" system in which a foreign firm can accumulate its records of past transactions with Korean firms and use them in future bids to win defense projects with other Korean firms.

Moreover, the revisions include the introduction of an "industrial cooperation quota" system, which requires foreign exporters to supply defense products partly made with components produced in Korea.

"We expect that the revisions will help further bolster defense exports and build mid- and long-term cooperative relations between local and foreign firms," Wang Jung-hong, the DAPA chief, was quoted as saying in a press release. 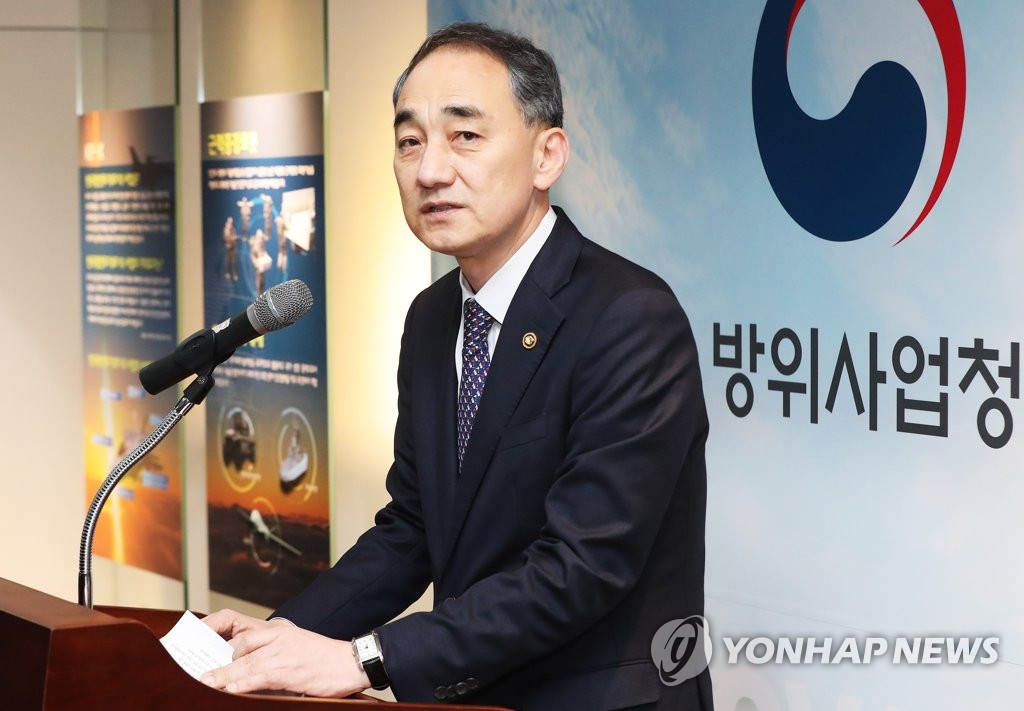