SEOUL, Dec. 17 (Yonhap) -- South Korea's consumer prices have been on the rise in recent months, which has weighed down domestic consumption, government agencies said Monday.

The development has been cited one of the causes holding back growth in Asia's fourth-largest economy.

Among others, the prices of rice, the staple food in South Korea, and fried chicken, one of the most popular delivery foods, have jumped to record levels, according to the Ministry of Agriculture, Food and Rural Affairs.

This year, the country's rice production fell 2.6 percent to 3.87 million tons compared with a year earlier. Farmers have delayed shipments of their products on expectations that rice prices could rise, the ministry said.

Consumers now can order fried chicken for about 20,000 won, as local chicken franchises, such as BBQ, have continued to raise product prices.

Prices of vegetables, such as cabbage and spinach, and dairy products, such as milk and eggs, also moved up this year, pulling down consumer sentiment and consumers' disposable income.

In particular, higher milk prices have pushed up the costs of coffee, bread and snacks.

Korea's consumer prices rose two percent for the second-straight month in November from a year earlier on increased utility and service prices. Month-on-month, the index fell 0.7 percent, according to Statistics Korea.

The reading marks the highest since September 2017, when the comparable figure stood at 2.1 percent. 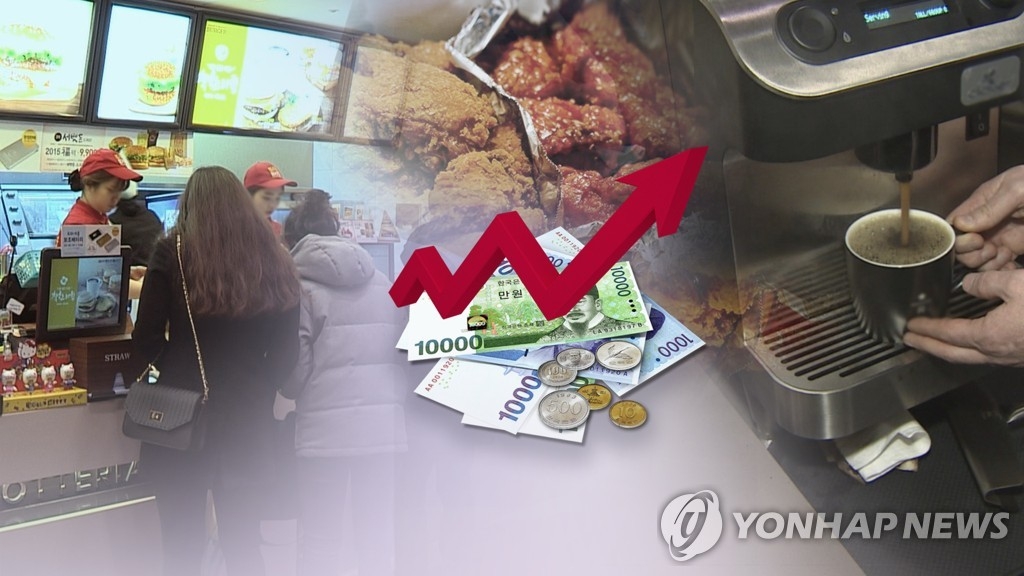