SEOUL, Dec. 17 (Yonhap) -- Song Kang-ho is arguably the most successful South Korean movie actor working today, having in 2016 become the first actor to achieve the milestone of playing lead roles in films that sold a cumulative total of more than 100 million tickets.

His recent hit movies, like "A Taxi Driver," "The Age of Shadows," "The Attorney" and "Snowpiercer," established his cinematic image as a man of virtue with a humble demeanor.

Song's upcoming film, "Drug King," set for opening on Wednesday, however, is a major turnaround from such images, with him cast in a role that brings out playful and gangsterish elements.

"Over the past ten years, I have often played roles of common people who delve into justice. It wasn't out of my deliberate intention," Song said in an interview with Yonhap News Agency and other media outlets on Monday ahead of the new film's release.

"The latest work will put forth other sides of actor Song Kang-ho," he said. "They are close to the characters that I played some 20 years ago (at the start of my cinematic career), including 'Green Fish' or 'No. 3.'"

"Audiences may be delighted to see again what I looked like when I debuted ... and I myself was very excited while filming it because it had a lot of scenes that I couldn't act for a long time," he said. 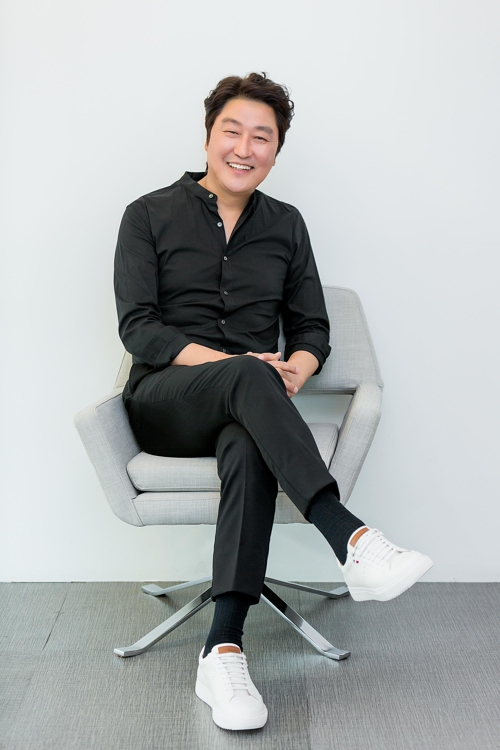 The film, by director Woo Min-ho, the creator of the 2015 hit film "Inside Men," depicts Song as Lee Doo-sam, a fearless drug lord operating against the backdrop of South Korea's heady industrialization drive in the 1970s.

Starting off as a petty smuggler going between South Korea and Japan, his gut and grit made Lee an enormously rich and influential leader of the biggest drug ring based in the port city of Busan. Allied with the leader of a Japanese yakuza group, he also runs a major drug distribution network in Japan, a story director Woo drew from a group of real-life drug dealing cases in the '70s.

As his drug export business thrived, Lee bribed his way to the top of the drug underworld, greasing the palms of law enforcement officials and buying politicians with bribes.

Lee's gradual descent into drug addiction and his eventual fall are organically intertwined with the political ambience peculiar to the dictatorial period.

"The 1970s was a time of brilliance and dynamism. It was a time when our parents sacrificed their lives for the upbringing of their children, to make them better off than themselves," according to Song. "Lee Doo-sam is also one of them. But he chose illegal means and came to embody social evils. That is how (the drug lord) was born."

It was a big acting challenge, even for the well-rounded veteran actor, to incarnate a drug addict in a country where there are few high-profile criminal cases or cinematic archives on the themes of drug use.

"It was a real challenge to me as an actor to bring to life a world that I have never encountered. How to bring out all the little details of a drug world was really demanding," Song noted.

"As some say that actors and actresses are chronically lonely beings, nobody can help them in front of the camera. They are left wholly alone there," the actor said.

Despite the heavy title of being South Korea's most commercially successful actor, Song tries to free himself of any pressure. "It would be a lie if I say I don't feel any pressure of having to come up with good (box office) performance every time," according to Song.

"But my top priority is showing up with a face that is not obsolete every time I shoot a new film. Regardless of the results, what challenge I come to deal with is the most important thing." 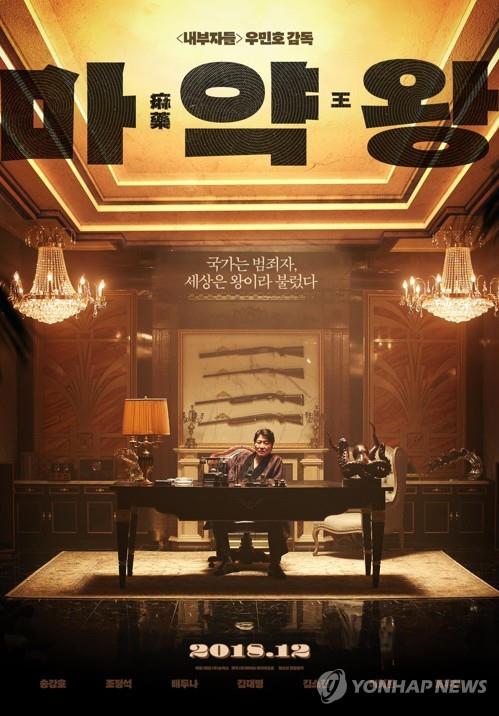 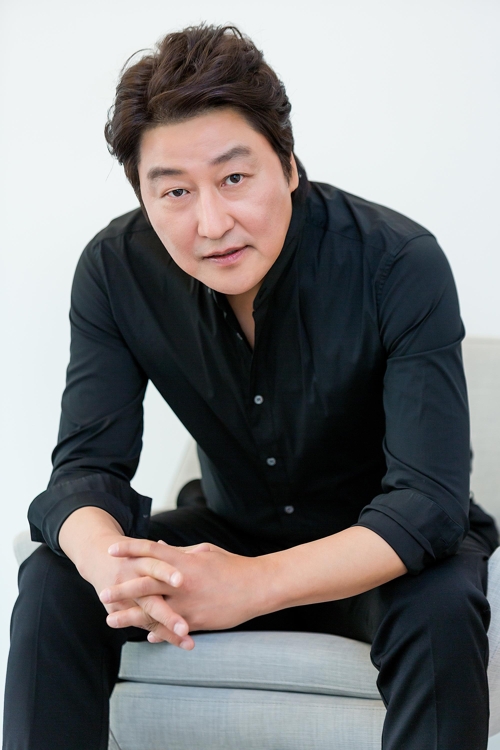