The Ministry of Trade, Industry and Energy announced a set of measures to spur innovation in key export sectors, including semiconductors, displays and rechargeable batteries, in the face of toughening competition with emerging rivals.

"The high value-added strategies are aimed at innovation in the manufacturing industry and securing fresh growth momentum," Industry minister Sung Yun-mo said in a briefing. "The manufacturing support measures will help create jobs and boost the local economy." 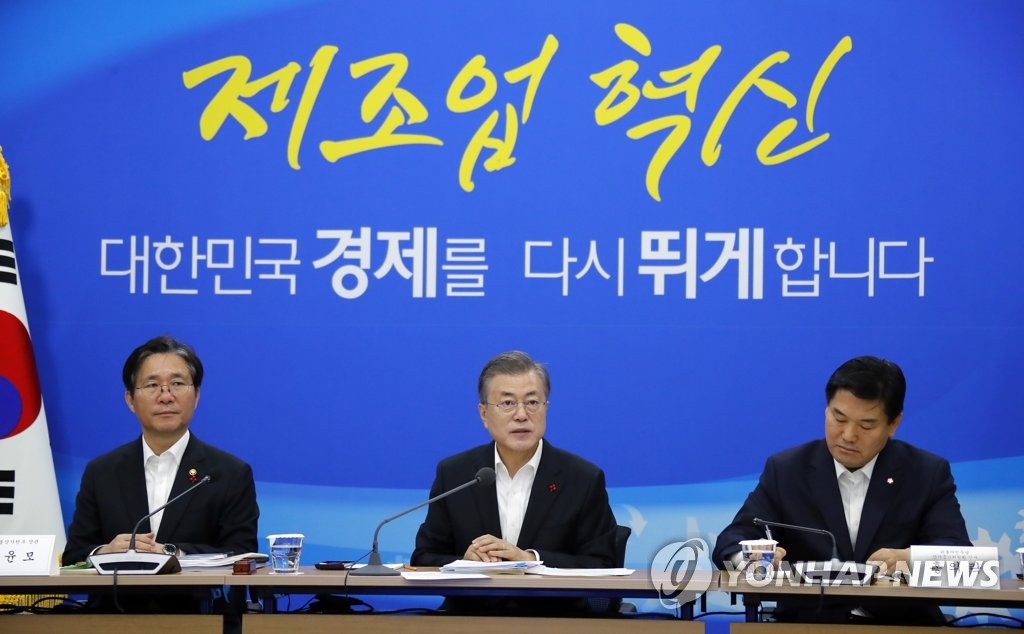 Samsung Electronics Co. and SK hynix Inc., the world's top two chipmakers, have posted robust earnings in 2018 on strong chip demand for mobile devices and servers, but the prospects are not overly rosy amid a slowdown in the chipmaking sector next year.

China's aggressive efforts to develop its semiconductor industry to reduce its reliance on imports also pose risks to their market outlook in the mid and long term, according to the ministry.

To widen the gap with fast-followers, the ministry said it will work with industry leaders to create semiconductor clusters to create synergy between chipmakers and their parts makers.

Samsung Electronics and SK hynix will invest 120 trillion won (US$106.2 billion) in the next 10 years to create a semiconductor cluster composed of four production lines and 50 contractors, according to the ministry.

The ministry also vowed to support the research and development of the next-generation memory chips and displays and invest in new materials for rechargeable batteries.

It will additionally designate "key national technologies" to protect their intellectual property rights and take measures to prevent technology leakage to foreign countries.

The government also aims to create 30,000 smart factories and 10 smart industrial zones by 2022 to boost synergies between companies, provincial governments and academia.

A smart factory is a highly digitized and connected production facility aimed at improving workplace productivity and safety. The so-called "factory of the future" is one of the key concepts of the fourth industrial revolution and is still in an early stage of development.

To achieve the goal, the government vowed to cut red tape in emerging technologies and create "regulatory sandboxes" to allow testing of new technologies.

A regulatory sandbox is a concept that allows small-scale, live testing of innovations by private firms in a controlled environment under the regulator's provision. It is aimed at addressing frictions with the regulator's desire to encourage and enable innovation.