SEOUL, Dec. 18 (Yonhap) -- A South Korean train returned home from North Korea on Tuesday after an 18-day inspection of railways in the communist nation as part of a project to modernize the tracks and connect them to the South's.

South Korean officials took over the train from North Koreans at Panmun Station, just north of the western inter-Korean border. The train crossed into the South at around 10:25 a.m., according to the ministry.

Its arrival came a day after a group of South Korean officials and experts returned home following a 10-day inspection of the eastern rail line in North Korea. 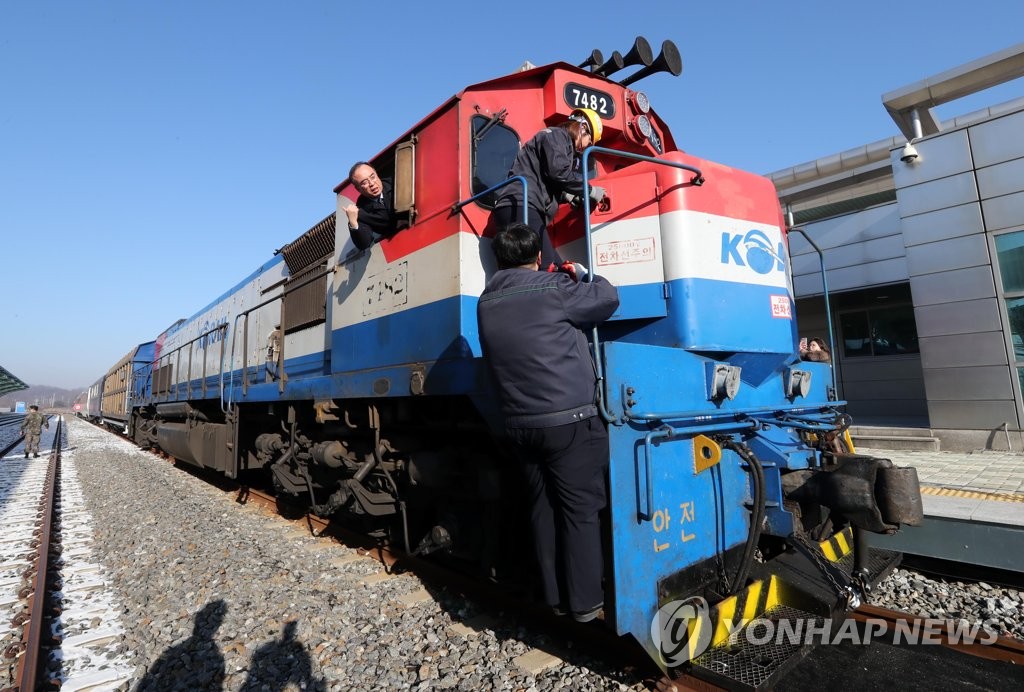 From Nov. 30, the train ran a combined 2,600 kilometers of the North Korean rail lines in the country's western and eastern regions to check their conditions.

The inspections are part of efforts to "modernize" and connect the two Koreas' railways over their border, as agreed upon at an April inter-Korean summit.

It was the first time that a South Korean train had run on the North's eastern Kumgang-Tumen line since the Korean Peninsula was divided after the 1950-53 Korean War.

The North's rail system is known to be so old that it requires major repairs or replacement in order to be connected to South Korea's.

The officials who joined the inspections earlier said that the train ran at relatively slow speeds of some 20-60 kph and 30 kph on the western and eastern railways, respectively, apparently due to safety reasons.

A unification ministry official told reporters that more inter-Korean discussions and additional onsite inspections will be needed to find "optimal ways" to modernize railways in the North.

"Now we are analyzing the outcome of the onsite inspections to know the North Korean railway conditions. Their technological level is expected to be accurately figured out through additional or in-depth inspections," he said.

"Based on them and in consideration of the North's needs, we will have to find the most reasonable methods," he added.

Experts say that the North's western railway is mostly used for passenger trains bound for Chinese cities, while its eastern rail is used mainly for cargo trains that transport natural resources. 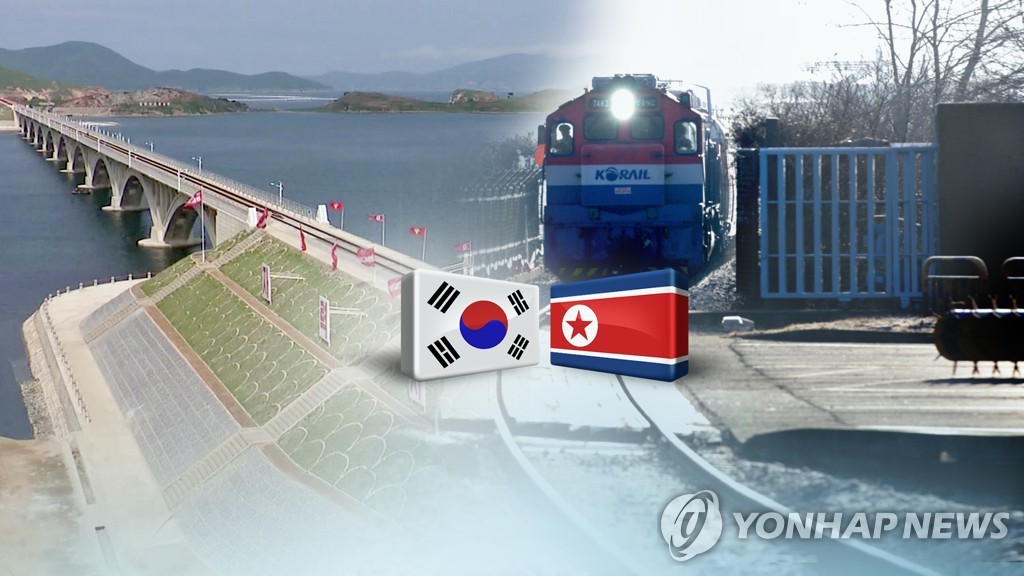 The inspections of the North's railways had been delayed for months amid U.S. concerns about possible violations of U.N. sanctions on North Korea. The project was given a green light recently when the U.N. Security Council granted a sanctions exemption.

The two Koreas are set to hold a groundbreaking ceremony for the road and railway connection project over their border at Panmun Station on Dec. 26. Details of who will attend the event and how it will be organized have yet to be determined.

The government said that it has set aside 700 million won (US$618,000) to hold the groundbreaking ceremony.

The budget will cover the costs of transporting participants to the venue and other expenses for such preparations as building a stage and setting up an audio system. The government earlier said that the event will be attended by around 100 people from each of the two Koreas.