The Korea Football Association (KFA) said Hwang, who helped South Korea to the gold medal at this year's Asian Games, topped the voting by the media and the KFA's election committee. 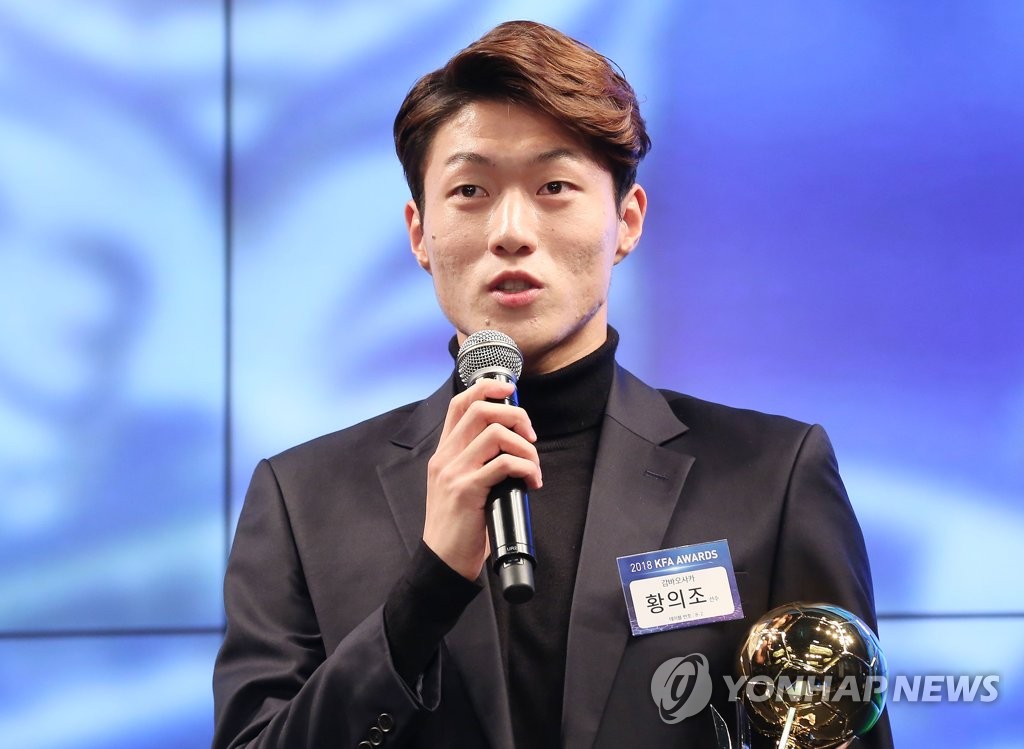 The Gamba Osaka forward continued his success with the senior national team, netting three goals in six matches this year.

"It's great to cap off this year with such a big award," Hwang said after receiving his trophy at a ceremony in Seoul. "I will try to play with a sense of responsibility and make sure our fans' love for football will grow even bigger."

Since 2011, national team mainstays Ki Sung-yueng and Son Heung-min had each won the award three times, with defender Kim Young-gwon winning once in 2015.

Defensive back Jang Sel-gi was voted the top female player of 2018. Jang scored 11 goals and set up seven others in 27 matches for Hyundai Steel Red Angels in the Women's K League, helping the club win their sixth consecutive championship.

Jang was also a member of South Korea's bronze medal-winning squad at the Asian Games.

Jang helped South Korea qualify for the 2019 FIFA Women's World Cup in France, and she'll make her debut in the top tournament in women's football next June.

The best young player awards went to Jeon Se-jin, who had a star turn at the Asian Football Confederation (AFC) U-19 Championship, and Cho Mi-jin, striker on the women's under-17 national team. 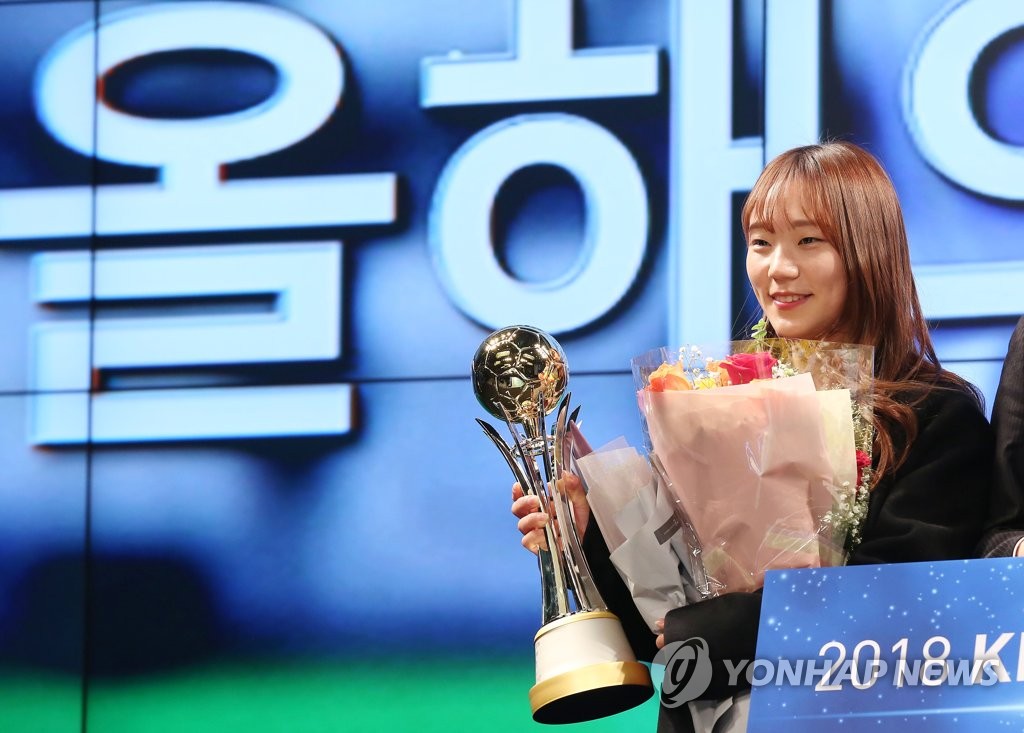