SEOUL, Dec. 18 (Yonhap) -- Heading into the 18th Asian Games in Indonesia this past summer, forward Hwang Ui-jo was one of the most controversial choices by head coach Kim Hak-bum.

The Asiad men's football tournament is open to players under 23, and each team can name up to three overage players as "wild cards." And Kim used one on Hwang, far less heralded than the other wild card attacker, Son Heung-min of Tottenham Hotspur. 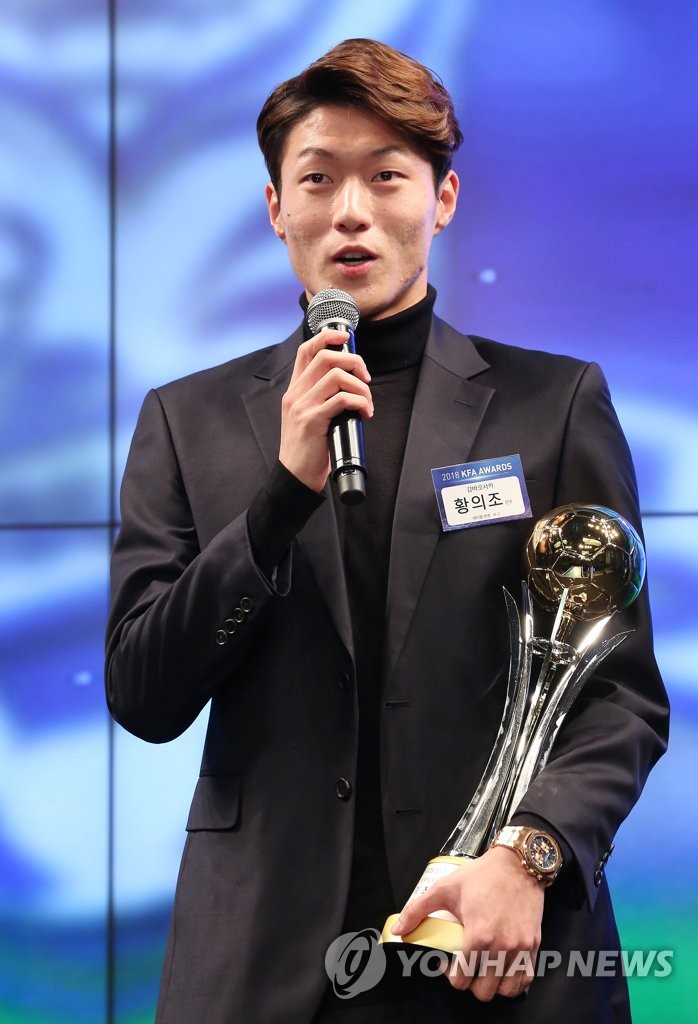 With Hwang having done little internationally up to that point, skeptics accused Kim of picking Hwang based on their personal history. Kim had coached Hwang on Seongnam FC in the K League 1, and the two had enjoyed some success together earlier in the decade.

But it didn't take long for Hwang to silence his critics and justify his spot in the lineup. Hwang scored a hat trick in South Korea's 6-0 victory over Bahrain in the group opener. He went on to score a tournament-best nine goals in seven matches as South Korea won their second straight gold medal.

Thanks to his heroics, Hwang was voted the top male player of the year at the Korea Football Association (KFA) Awards on Tuesday. Kim was also recognized as the best men's coach of 2018.

After accepting his award, Hwang said playing at the Asian Games was the best thing that could have happened to him.

"The Asian Games still feel like a dream to me. I get goose bumps thinking about it," Hwang said. "I was able to grow both as a player and a person there."

After the Asian Games, Hwang emerged as a dangerous scoring threat for the senior team, with three goals in six matches under new head coach Paulo Bento.

"I think the biggest difference (from the past) is that I have a lot more confidence now," Hwang said. "I've been able to score a lot of goals because I play with more confidence."

Next up for Hwang will be the Asian Football Confederation (AFC) Asian Cup in January in the United Arab Emirates (UAE). Hwang made the training camp roster -- he flew in from Ulsan, about 400 kilometers southeast of Seoul, for the ceremony -- and is a sure bet to make the final cut when Bento announces his squad Thursday.

"I think the Asian Cup will be another opportunity for me to grow," Hwang said. 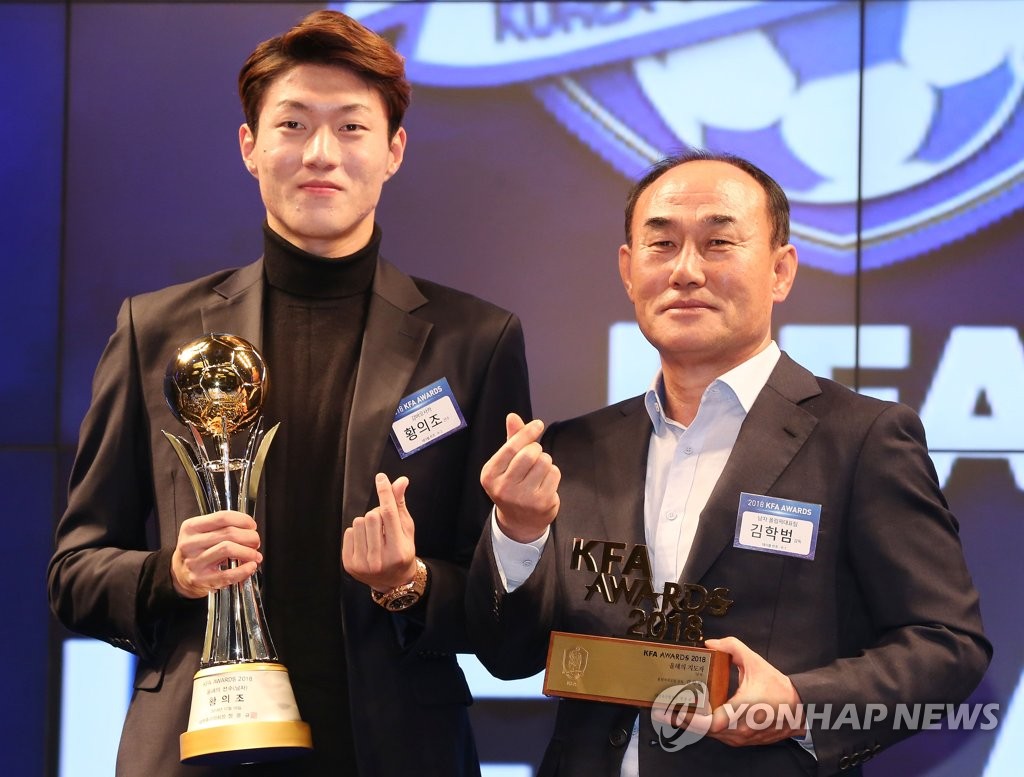