SEOUL, Dec. 19 (Yonhap) -- A veteran baseball player was suspended for 36 games by the league office on Wednesday for striking a younger teammate with a bat.

The Korea Baseball Organization (KBO) punished Lee Taek-keun of the Nexen Heroes following its disciplinary hearing at its Seoul headquarters. The Heroes also received "a severe warning" from the KBO for their lack of oversight. 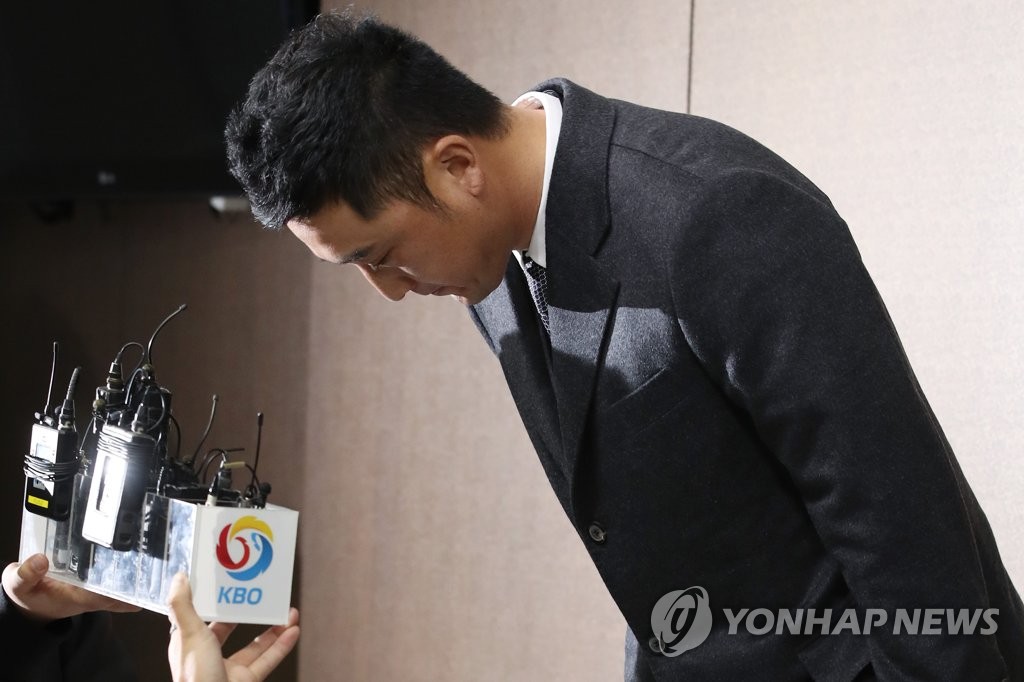 Lee, 38, was accused of hitting his 26-year-old teammate Moon Woo-ram with a bat multiple times in May 2015, causing a concussion and serious swelling to Moon's face. Lee was the team captain at the time.

"I'd like to apologize to Woo-ram from the bottom of my heart, even though more than three years have passed," Lee said at a press conference following the disciplinary meeting. "I don't think violence can be justified under any circumstances."

Speaking of the May 2015 incident, Lee said he'd told Moon to trim his hair and look more professional, but Moon showed up the next day without a haircut.

"I know I shouldn't have done it, but I did hit him on the head a few times with the handle of the bat," Lee said. "One of the most important roles for the captain was to maintain order and discipline within the team, but I obviously feel sorry to Woo-ram for what I did."

But Lee insisted the incident wasn't nearly as serious as the media have made it out to be.

"I didn't beat him up like a gangster would. I didn't have any malice," Lee said. "But no matter how I hit him, it's my fault that I even lifted a bat at him. I should never have done it."

Lee said there have been no other similarly violent incidents within the Heroes since that day in May 2015 and added, "I hope that people won't see us as a ballclub where physical assaults by veterans on young guys are accepted and condoned." 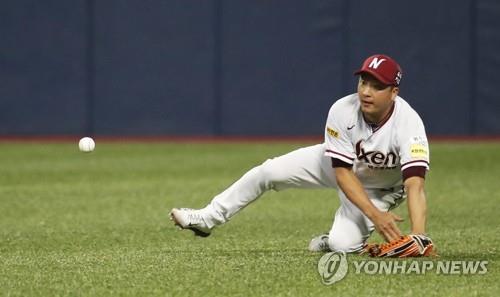 The incident came to light during Moon's press conference on Dec. 10. Moon, who has been convicted of accepting cash to fix games and has received a lifetime ban from the KBO, organized the presser to plead innocence.

Moon claimed he didn't fix any games as he was convicted of doing in 2015, but admitted to having befriended a match-fixing broker after he was struck by a teammate, without identifying the player.

According to Moon, the broker approached him when Moon was sidelined with the concussion and showered the player with gifts, apparently trying to lure him into match-fixing schemes.

After Moon claimed he'd been hit, the Heroes acknowledged that the incident took place, but they decided not to mete out any punishment because the players were trying to police themselves and the management wanted to remain uninvolved. The Heroes also said the veteran player had apologized to both Moon and Moon's father.

The Heroes added that both Lee and Moon wanted to close the book on the case, and the club's involvement would have put Moon in an awkward position against the rest of the team. The Heroes also noted Lee had been an exemplary captain who worked hard to establish cohesion in the club house and didn't deserve to be punished for the isolated incident.

Following Moon's claim, the KBO launched its own investigation and demanded a detailed report from the Heroes. The club submitted the report on Tuesday and identified Lee as the assailant. 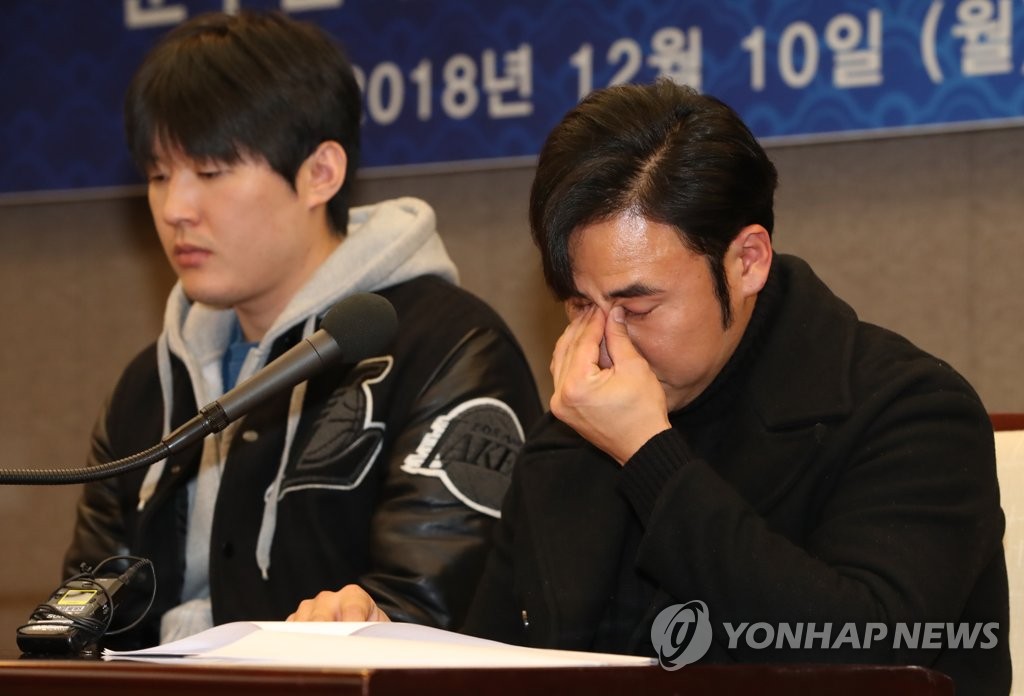