Lee Ho-seung, the first vice minister of economy and finance, also said in a meeting with relevant officials in Seoul that a possible hike in market rates in South Korea is something that households and companies can cope with.

He made the remarks after the U.S. Federal Reserve raised rates to a range of 2.25 percent to 2.50 percent, leaving the difference between Seoul and Washington's rates at wider 0.5-0.75 percentage point.

In November, the Bank of Korea raised its key rate by a quarter percentage point for the first time in a year to 1.75 percent.

A wider rate spread between the two countries has sparked concerns over possible foreign capital outflow from Korea, but foreigners have kept a net inflow of their funds into South Korea.

"We will firmly deal with (situations) under contingency plans if necessary," Lee said. 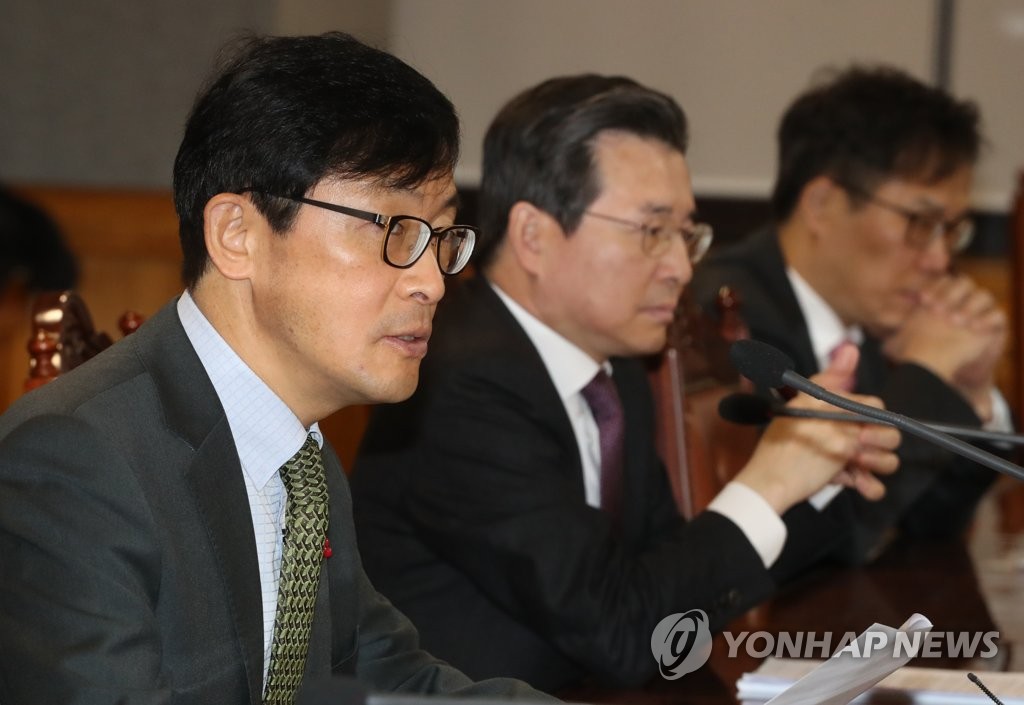