The Korea Baseball Organization (KBO) club said that Asuaje signed a one-year deal worth US$551,000.

Asuaje was recently included on the Texas Rangers' 40-man roster after the club paid US$50,000 to claim the Venezuelan infielder off waivers from the San Diego Padres. The Giants reportedly had to negotiate with the Rangers regarding Asuaje's transfer fee, and it apparently took some time for the KBO club to confirm the deal.

Asuaje, who throws right and bats left, was drafted by the Boston Red Sox in 2013 and made his big league debut with the Padres in 2016. In this three seasons in the majors, Asuaje marked .240/.312/.329 in 175 games. However, he is considered a solid defender at second base, having committed only five errors in 151 games. 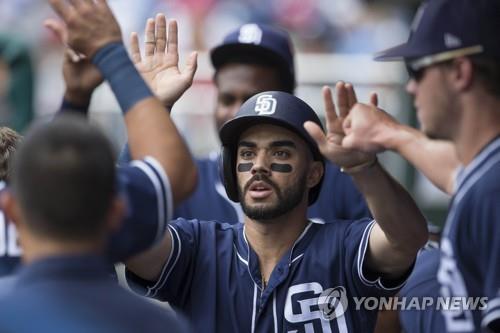