SEOUL, Dec. 21 (Yonhap) -- For South Koreans, the word IMF not only refers to the abbreviation for the International Monetary Fund but also conjures up painful memories of one of the worst economic crises in the country's history.

Especially for those in their 40s and 50s, the IMF has become synonymous with the financial crisis of 1997 that led to a series of business collapses, massive layoffs and harsh restructuring programs, the first to really shake a nation that up till then had managed to more or less rack up steady growth over the preceding decades. 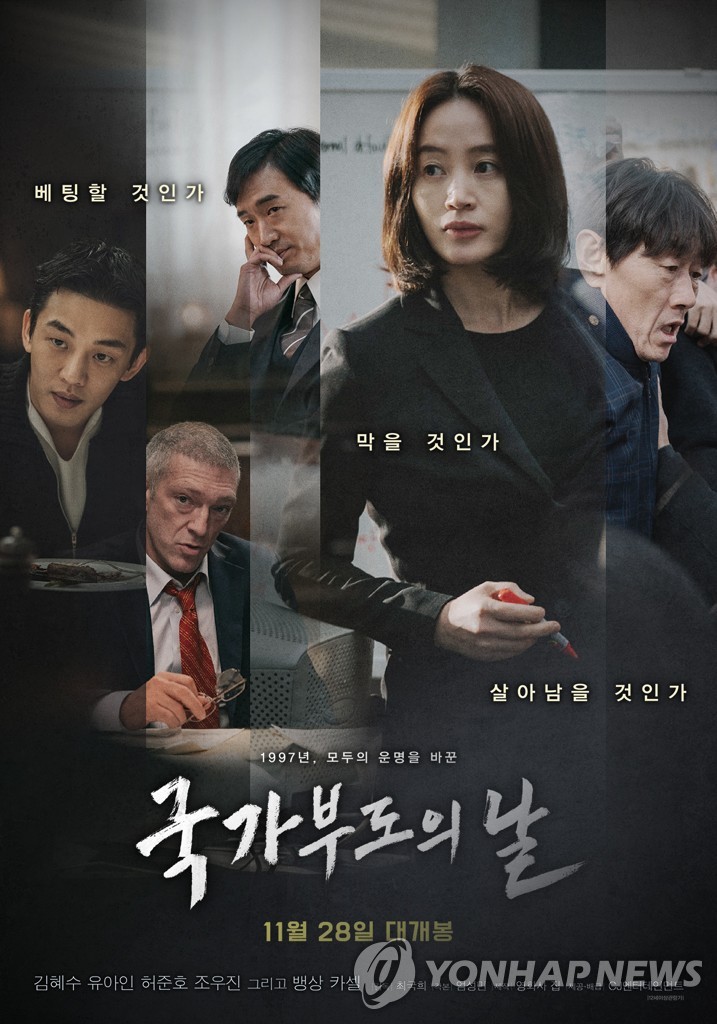 The seismic shift that upended the country's complacency is being portrayed vividly on the silver screen through the movie "Default," which was directed by Choi Kook-hee and stars Kim Hye-soo. The film depicts South Koreans, ranging from government officials, young equity investors and small business owners, struggling as their country falls into an unprecedented default.

Ordinary people sense that something is wrong amid signs of economic crisis, and as company after company goes bankrupt and workers find themselves without jobs overnight, panic and confusion reign supreme. In the end, some choose to die in desperation, unable to cope with changes beyond anyone's control.

At the same time, the story focuses on the behind-the-curtain negotiations between the South Korean government and the IMF on a bailout package of some US$60 billion in November 1997.

Han Shi-hyeon, a BOK director who tries on her own to prepare emergency measures to prevent the looming disaster from happening, clashes with finance ministry officials who only seek ways to protect conglomerates and the rich.

The BOK director in the movie opposes the IMF bailout program, which includes all-out corporate restructuring and the complete opening of the country's financial market.

But the vice finance minister argues that the IMF is the white knight for the falling South Korean economy, which finds itself with almost no foreign exchange reserves to deal with the free-falling value of the Korean won. He says the IMF-led restructuring will help the country to effectively deal with troublemaking labor unions and save big-name businesses that are the backbone of the national economy.

As the movie gains popularity, with ticket sales surpassing the 3.5 million mark this week, officials at the BOK and the finance ministry, who were at the center of the national debacle and have often taken flak over the years for their perceived failures, have maintained an uncomfortable silence.

According to officials, former Finance Minister Kang Man-soo served as the vice finance minister who led the negotiations with the IMF at the end of 1997. At the central bank, Jung Kyoo-young, a former deputy BOK governor, was in the position of the fictional character Han Shi-hyeon during the period.

Policymakers at the Ministry of Economy and Finance, which is described as a group of fractious bureaucrats in the movie, expressed apparent displeasure over the movie's "distortion" of the facts.

"In the movie, the vice finance minister looks like an evil person. It's wrong," said a former high-ranking finance ministry official who worked in the economic planning division in 1997. "He was one of the officials who tried hard to seek ways to overcome the crisis before asking the IMF for a bailout." 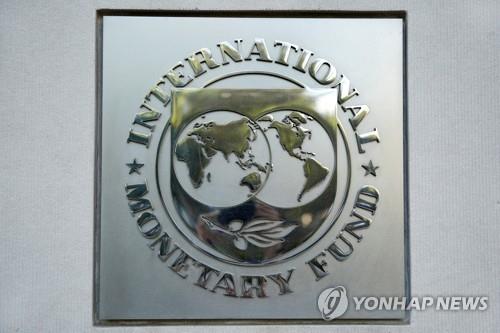 He said the BOK was the one that had turned to the IMF rescue fund as the weapon of choice, while the finance ministry had tried to look for alternatives.

"Kang flew to Japan to ask for emergency loans, but he failed as we all know now. Then, he agreed to the IMF bailout plan," the official said. "It's nonsense that the movie effectively left out all the efforts made by finance ministry officials including Kang."

Another finance ministry official, who is currently in office, refused to comment on the movie.

"We are familiar with such blaming. It's not a big deal," he said, adding that he has no plan to see the movie.

BOK insiders, whose organization has been painted as hardworking and earnest, have for their part remained guarded and reticent.

"The finance ministry is in charge of South Korea's foreign currency policy," a senior BOK official said. "The BOK is a working-level agency focused on FX policy management. We can't be at odds with the finance ministry."

He said that, in the late 1990s, the central bank's role was even more limited than now and that it had no right to decide whether to go to the IMF or not.

Along with the 20th anniversary of the IMF bailout last year, protracted debates about who should take responsibility for the 1997 financial crisis have become an issue once again.

Some key government officials, including then-Vice Finance Minister Kang, were indicted on charges of negligence of duty. But the Supreme Court found Kang not guilty.

"It is very hard for officials and economists to expect the current sluggish situation to snowball to a real crisis. Nearly all experts failed to forecast the crises both in 1997 and 2008," the BOK official said. "The BOK submitted a warning in March, although at the time it was too early to say there would be a full blown crisis eight months later."