INCHEON, Dec. 21 (Yonhap) -- The South Korean members of the unified Korean men's handball team departed Friday for Germany, where they will compete alongside North Koreans at the upcoming world championships.

Sixteen South Korean players, and head coach Cho Young-shin, headed to Berlin, where they will meet the North Korean delegation, comprised of four players and three officials, to prepare for the 2019 International Handball Federation (IHF) World Men's Handball Championship. The biannual tournament will be co-hosted by Germany and Denmark from Jan. 10 to 27.

The joint team will face host Germany in the tournament opener on Jan. 10 in Berlin. After round robin action, the top three teams from each of the four groups will advance to the main round. Those 12 teams will then be divided into two groups of six, and the top two from each will move on to the semifinals.

Head coach Cho said even if his side face global handball powerhouses from the group stage, they will not give up.

"It's meaningful that we're going to compete in our first world championships in six years with North Koreans," he told reporters at Incheon International Airport. "We have strong teams in our group, but we'll face them with a learner's mindset and fight with grit." 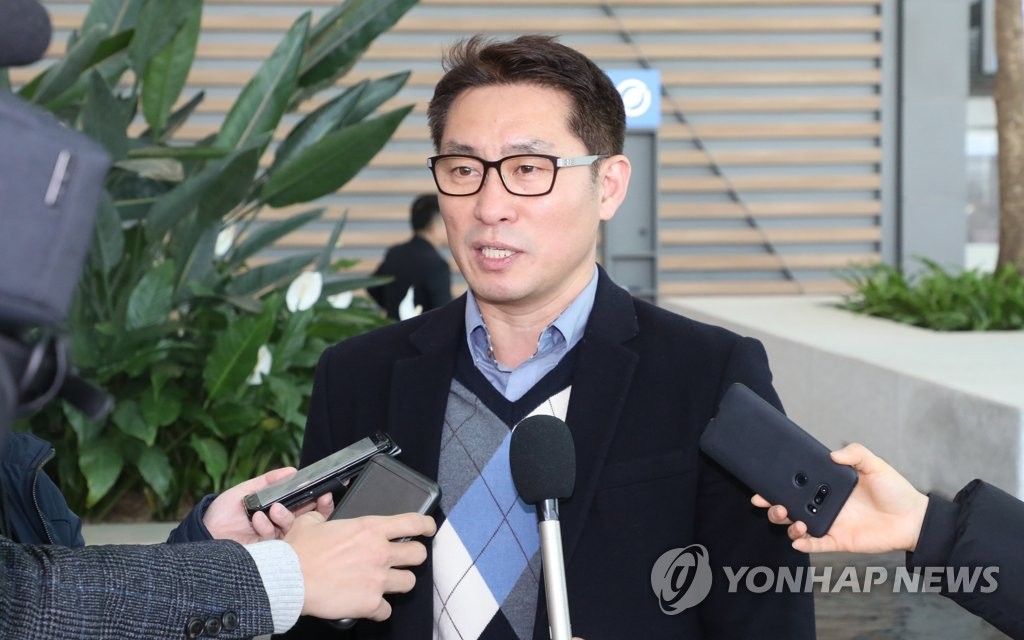 Cho said he will try his best to make a cohesive team through which the players from the South and the North can create positive energy.

"I heard that North Koreans who play handball from a young age face difficulties when they became adults because there are not enough clubs," he said. "I expect them to have junior-level skills compared with our players, but I need to find out their capabilities through training."

South Korean captain Jung Su-young said the players are determined to perform as a unified team.

"I noticed that I'm senior to the North Korean players, so I think my job is to help our young players to show their best performance," he said. "Winning is important, but I want to focus more on us playing a good game as one team."