SEOUL, Dec. 24 (Yonhap) -- South Korea's Army resumed the operation of dozens of its Surion choppers Monday, after they were grounded for months following the July crash of their Marine version.

The resumption came days after a team of civilian, government and military experts cited defects in the rotor mast of the Marine helicopter as the cause of the crash.

Before the resumption, the Army conducted the detailed inspection of the chopper's rotor mast and conducted test flights to ensure it has no operational problems.

"At 9 a.m., the Army resumed the normal operation of the Surion choppers that have gone through the inspection and flight tests," the Army said in a text message sent to reporters.

Currently, 30 percent of some 90 Surion choppers have undergone the inspection.

"We plan to resume the operation of the remaining choppers after the inspection," the Army said. 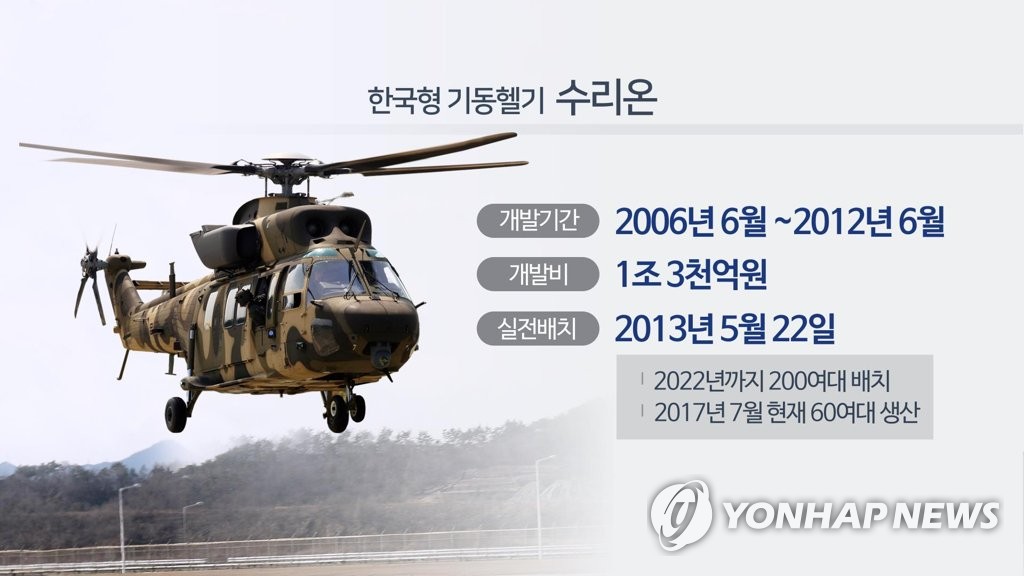